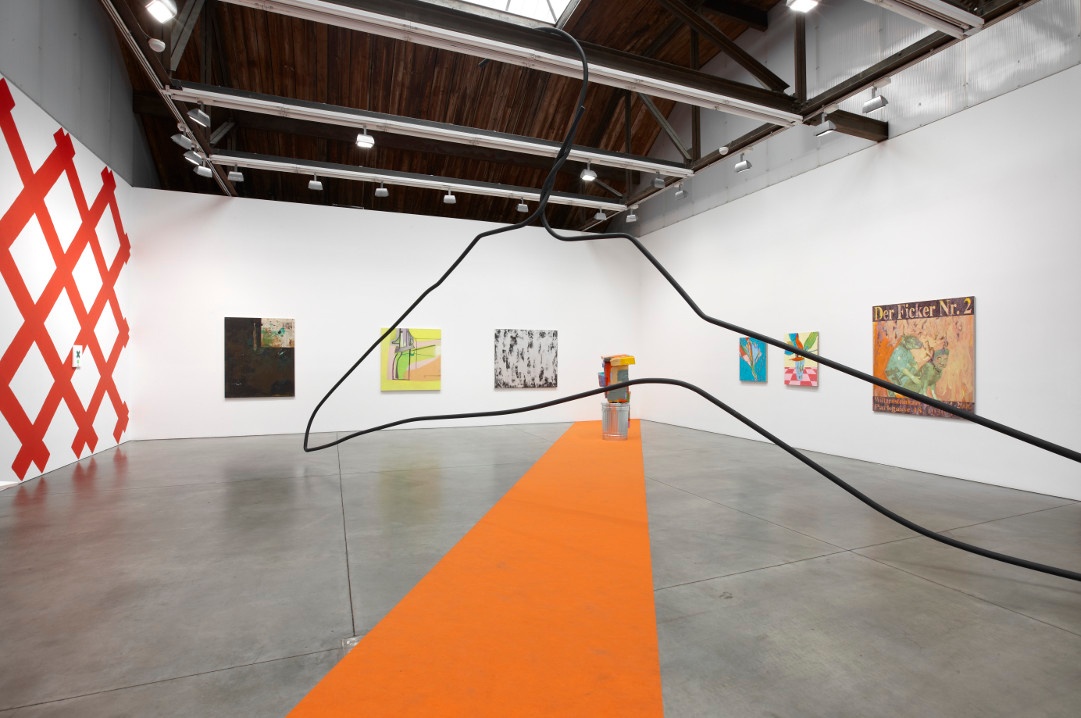 This summer, CCS Bard and Luhring Augustine Gallery present Painting in Space, a major summer group exhibition to support the Next Decade Campaign of the Center for Curatorial Studies at Bard College (CCS Bard). Celebrating its 20th Anniversary this year, CCS Bard pioneered graduate education programs for curators and has evolved into one of the world’s leading centers for contemporary art research. The Center includes a major library and archive, as well as the renowned Marieluise Hessel Collection, the Hessel Museum of Art, and CCS Bard Galleries, through which the Center presents its year-round program of exhibitions. The Next Decade Campaign aims to raise funds over the next ten years to maintain the school’s preeminent faculty and research and exhibition center, while reducing the financial burden on its students.

Organized by the Center’s Executive Director, Tom Eccles, and Graduate Program Director, Johanna Burton, Painting in Space, titled after Rosalind Krauss’ famous quotation of Julio González in respect to Picasso’s “drawing in space”, includes painting, sculpture, and works that lie somewhere between these categorizations. Luhring Augustine will donate all gallery proceeds from any sales of works in this exhibition to CCS Bard in recognition of the Center’s 20th Anniversary and their longtime support for Bard College.

Each artist has a distinct relationship to the history of CCS Bard and Bard College and has contributed important works to this exhibition in support of the Center’s ongoing programs. Many of the artists represented in Painting in Space have collaborated with CCS Bard on major projects, including Tunga’s first U.S. survey presented at CCS Bard in 1997; Olafur Eliasson’s large-scale installation, The parliament of reality, permanently installed on the Bard campus; and Lawrence Weiner’s floorscape, Bard Enter, installed on the entrance walkway to the Hessel Museum.

Tom Eccles and Johanna Burton state: “We are grateful to the astonishing list of artists with whom we have been proud to work with in the past, and whose significant contributions to this exhibition will sustain the future of the Center for Curatorial Studies.”

Opening on Thursday, June 21, Painting in Space begins a weekend-long celebration of CCS Bard’s 20th Anniversary. On June 22 and 23, CCS Bard presents Why New Forms?, a major curatorial conference organized by CCS alumni/ae Dan Byers of the Carnegie Museum of Art and Ruba Katrib of SculptureCenter. Also taking place as part of the Anniversary Weekend are the openings of From 199A to 199B: Liam Gillick, curated by CCS Bard Executive Director, Tom Eccles; and Anti-Establishment, curated by CCS Bard Graduate Program Director, Johanna Burton. A series of performances will also be presented in conjunction with Anti-Establishment at the Frank Gehry-designed Richard B. Fisher Center for the Performing Arts, Bard College, and the CCS Bard Galleries. CCS Bard will also celebrate the launch of Interiors, the inaugural edition of the new CCS Readers book series.