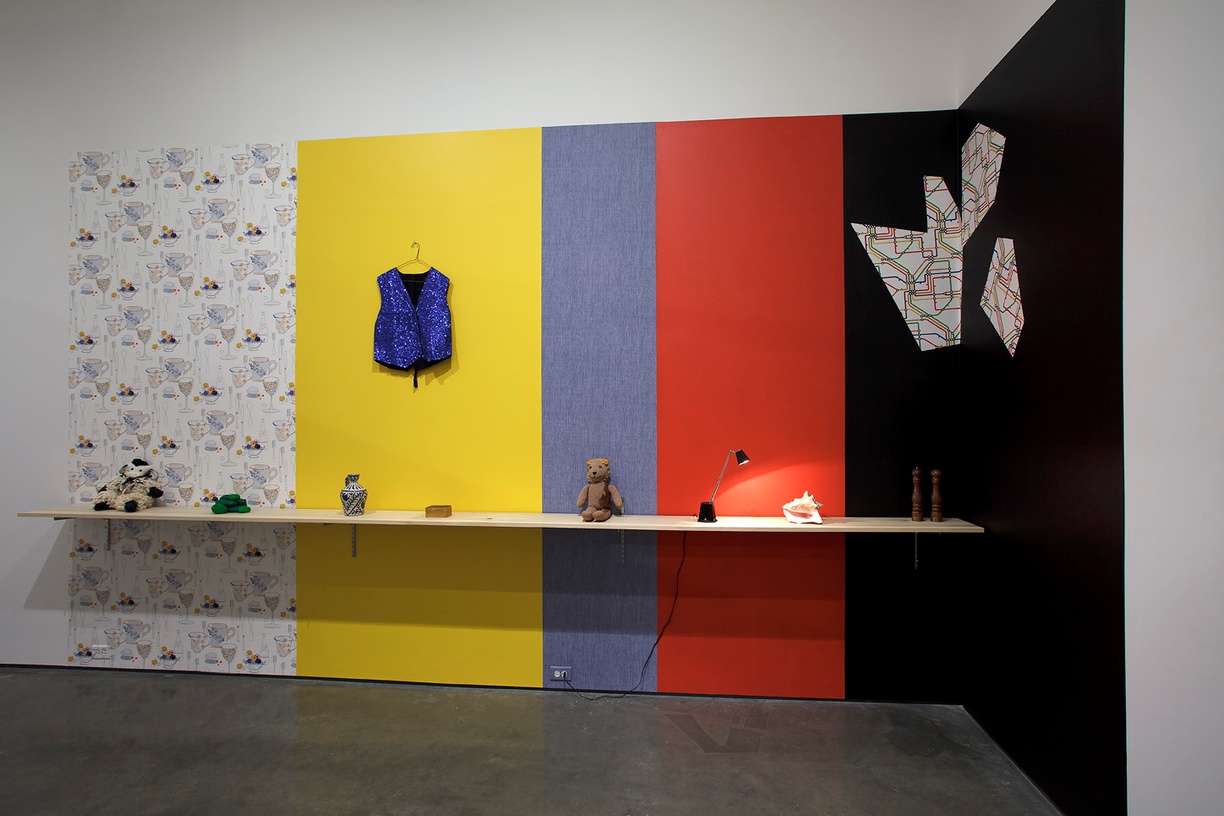 This summer the Hessel Museum of Art will present an expansive exhibition of works by Haim Steinbach. Comprising a number of the artist’s grid-based paintings from the early 1970s, as well as a series of reconfigured historical installations and major new works created in relation to a selection of works drawn from the Marieluise Hessel Collection, the artworks in the exhibition span Steinbach’s forty-year career.

Haim Steinbach was born in 1944 in Rehovot, Israel. He has lived in New York since 1957. He received his BFA from Pratt Institute in 1968 and his MFA from Yale University in 1973. Until the mid-1970s he produced paintings that, responding to minimalism’s limitations, examined the codes of visual language through a calculated placement of colored bars around monochrome squares. He abandoned painting for a series entitled Linopanel, using linoleum as a material that mirrored cultural traditions of flooring (Rococo patterns, Colonial wood, generic tiling, etc.).  In the late 1970s his practice delved into spatial questions of visual syntax, honing in on the quotidian rituals of collecting and arranging objects through a continued engagement with the Display works. His presentation of found, bought or gifted objects alters the lens of cultural histories, mapping otherwise concealed bonds of attachment and desire between object, place and viewer.