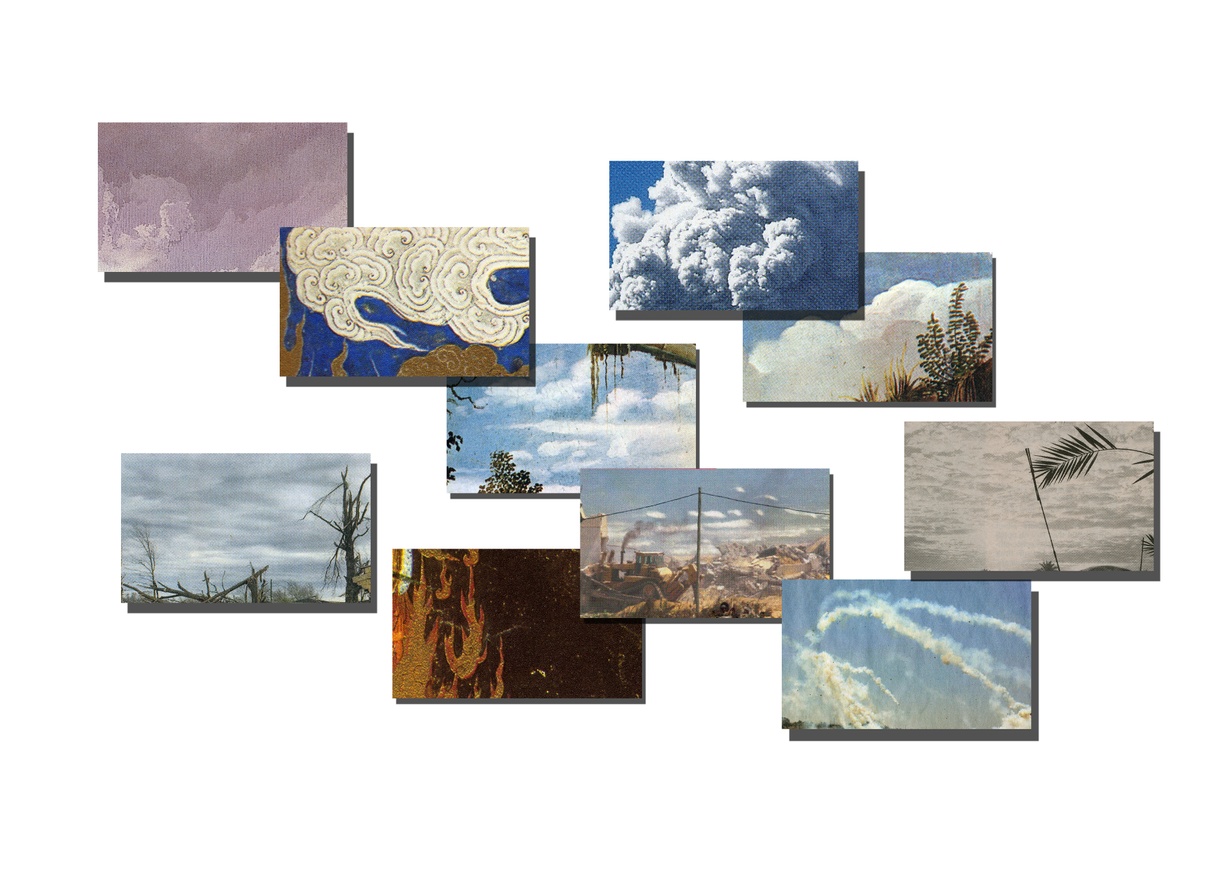 Rock formations, sand dunes, a tangle of thorns, and other fragments of an impervious nature… The works of Francesco Simeti are visual archives of fractured bucolic tales and Arcadian landscapes. These seemingly disorganized fragments ultimately take shape in flourishing wallpapers where the human element is just a fleeting presence, ephemeral yet constant as a slow, unavoidable process of erosion. Not an invasion, but rather a mutation of the landscape. Not an inexplicable degeneration, not a mysterious disease, but the outcome of a wound deliberately left open, neglected. Simeti places the viewer in front of ambivalent scenarios, where the aesthetic gesture walks hand in hand with the desire to raise environmental awareness.

Fascinated and intrigued by the unique habitat and the rural setting of the Bard College, with its campus buildings as varied as the local flora, Simeti has conceived and designed a site-specific installation that is intended to highlight the contrast between the Upstate New York wilderness and the human presence here. At the same time, the artist questions the ambiguity of the relationship between form and content. Against his usual practice, which consists of digging into image archives in order to take, blend and assemble illustrations, pictures, and old photographs, for the Bulletin Board Simeti starts from one of his existing wallpapers, and disassembles it. Bits and parts of his landscapes are then printed on standard library index cards and pinned on the corkboard.

It is up to the viewer to pull together the pieces of visual information - as an archivist would do - and build his or her own imaginary narrative. The material pixilation of the work reflects the heterogeneity of the campus’ architectures and vegetation. That variance is likewise echoed in the selection of several different excerpts from writers who have illuminated the complex relationship between the Wild and the Human. These extracts, encompassing a wide range of authors from William Faulkner to Peter Matthiessen, have been selected by the curator and are printed in rotation on the back of each press release, as supplement to the work.

Francesco Simeti (born in 1968 in Palermo, Italy; lives and works in Brooklyn, New York) is an artist graduated in Sculpture at the Academy of Fine Arts in Bologna. Simeti is currently engaged in a number of public art projects in the United States, including the MTA subway station of Bensonhurst Gardens in Brooklyn, and has made site-specific installations in several museum spaces including MACRO in Rome, Italy; RISD in Providence, RI; Art & Idea Gallery, in Mexico City; and Columbia University, in New York City. His work has been featured at the 9th Shanghai Biennial, at MASS MoCA, Massachusetts, at the Gallery of Modern Art of Bologna, at Mu.dac (Musée de Design et d’Arts Appliqués Contemporains) in Lausanne, Switzerland, and at the Institute of Contemporary Art in Philadelphia. His wallpapers have been acquired by major international museum collections such as the Smithsonian Cooper Hewitt, the National Museum of Design in New York, the Victoria and Albert Museum in London, and the Fabric Workshop and Museum in Philadelphia.

Nicola Ricciardi (born in 1985 in Milan, Italy; lives and works in Brooklyn, New York) is a CCS Bard graduate student, Class of 2014.