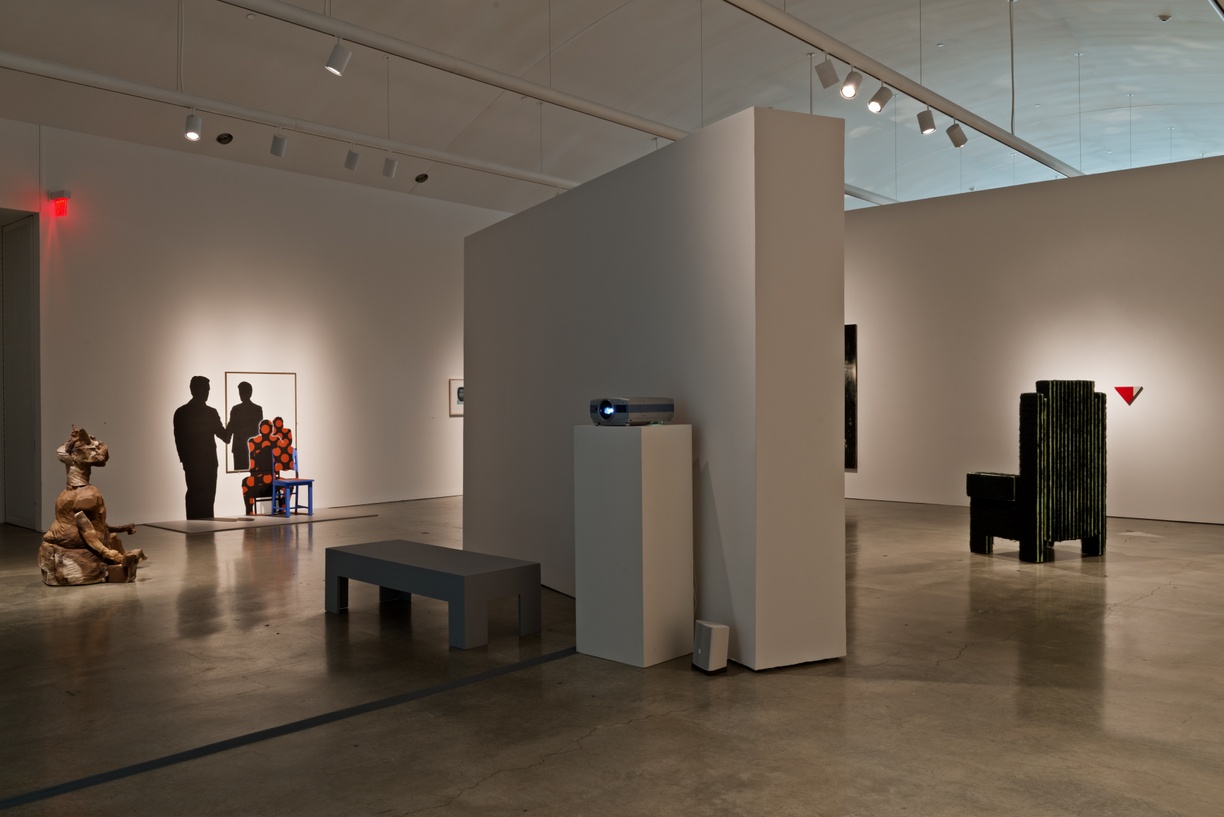 Free chartered bus to and from New York City for the opening.  For reservations, call 845.758.7598, or write ccs@bard.edu

Receipt of a Magical Agent employs the structure of the fairy tale as a curatorial approach, drawing from the morphology devised by twentieth-century Russian folklorist Vladimir Propp. According to Propp’s formal analysis, the fairy tale can be broken down into thirty-one essential functions—which include trickery, interdiction, and pursuit—and delineate a sequence of events that drive a narrative of deception and confrontation, revelation and resolution.

In Receipt of a Magical Agent, works of art from the Marieluise Hessel Collection have been selected to correlate with each of Propp’s functions. However, the relationship between works of art and their function remains malleable, and often evades the strict morphology that Propp constructs. Some works cheekily refer to their assigned function through their content, while others perform this function, or multiple functions, in ways that propel the exhibition’s narrative in new directions. In taking its title from Propp’s fourteenth function, Receipt of a Magical Agent refers to the point at which the hero acquires a magical object or capability, a nod to how works of art accrue value or gain new meaning through their inclusion in varied exhibition contexts.

Receipt of a Magical Agent is accompanied by a publication devised to draw out the dual organizing methodologies—curatorial and morphological—that shape the exhibition. Designed by Maricris Herrera, the book features two modes of textual engagement: a series of texts that address each work of art individually, and a commissioned work of fiction that responds to Propp’s narrative structure and the artworks included in Receipt of a Magical Agent.

Artists included in the exhibition are:

Curated by the second-year graduate students at CCS Bard.

Student-curated exhibitions at CCS Bard are made possible with support from the Rebecca and Martin Eisenberg Student Exhibition Fund; the Mitzi and Warren Eisenberg Family Foundation; the Audrey and Sydney Irmas Charitable Foundation; the Robert Mapplethorpe Foundation; the Board of Governors of the Center for Curatorial Studies; the CCS Bard Arts Council; and by the Center’s Patrons, Supporters, and Friends.