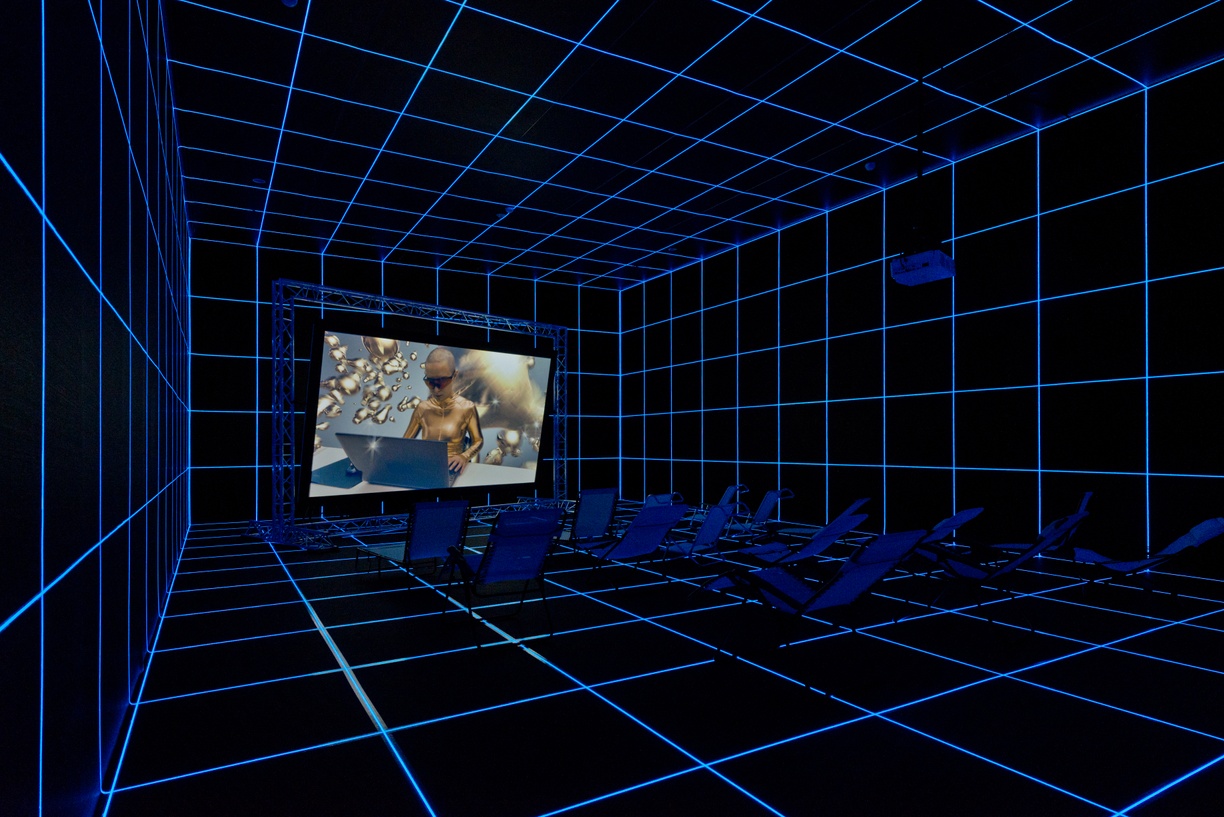 The Hessel Museum of Art marks its tenth anniversary with a major exhibition of works from the Marieluise Hessel Collection curated by Lauren Cornell and Tom Eccles entitled Invisible Adversaries. The exhibition is inspired by the eponymous 1976 feature film by the radical Austrian artist VALIE EXPORT, and is built around its themes. The film presents a woman’s struggle to retain her sense of self against hostile alien forces that appear increasingly ubiquitous, colonizing the minds of all those around her.

Invisible Adversaries was chosen as a touchstone for the exhibition because the condition it describes, where a hostile force (what EXPORT in her film describes as “Hyksos”) circles around the protagonist and also infiltrates her mind, connects with the ways artists approach their adversaries: not as obvious enemies to overthrow but as complex relationships that are a profound part of our history and personal lives. The film is also embedded with a feminist psychology—EXPORT’s longstanding interests in confronting misogyny reaches delirious heights as Anna is psychically tortured by a patriarchal society, whose connection to Nazism is only thinly veiled. This seemed a fertile point of departure for a collection that is replete with works that powerfully address the social and political body.

The 1976 feature film Invisible Adversaries (1hr 52 mins) by VALIE EXPORT will be screened daily at two hour intervals beginning at 11:30 am.