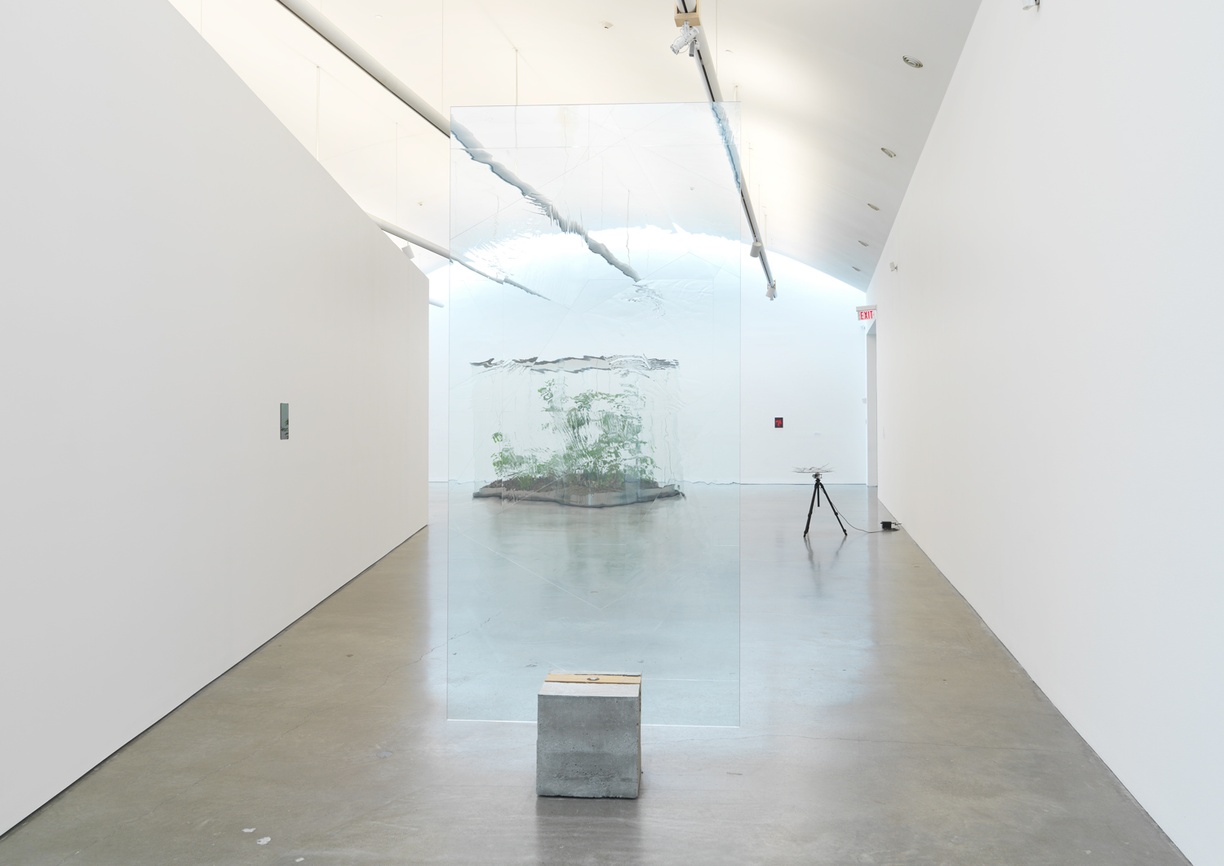 A Transparent Leaf instead of The Mouth is the first institutional solo exhibition of work by artist Daniel Steegmann Mangrané (b. 1977, Barcelona) in the United States. Based in Rio de Janeiro since 2004, Steegmann Mangrané is considered to be at the forefront of a generation of artists currently emerging from Brazil. A Transparent Leaf instead of The Mouth will include a cross section of his past work in 16mm film, drawing, holography, and installation, alongside newly commissioned sculpture and installation. The exhibition will be presented at the Center for Curatorial Studies, in the CCS Bard Galleries from June 23 to October 14, 2018 and is organized by Lauren Cornell, Director of the Graduate Program and Chief Curator.

In a recent interview, Steegmann Mangrané stated: “The question—who is a subject of full right, who belongs to ‘us’—is the most essential political question.” Notions of “us,” of distinction and belonging, founder and disintegrate in Mangrané’s practice. His early aspirations to be a biologist manifest in works about permutation, mutation, and transformation across materials and life forms. This exhibition takes its title from the large-scale installation A Transparent Leaf instead of The Mouth (2017–18), which is a glass pavilion containing a dynamic ecosystem that combines local foliage and foreign insects. Produced for CCS Bard in consultation with Bard College’s horticultural staff, Dr. Linda S. Rayor of Nature Outreach Consulting, and Cornell University Entomology major Joseph Giulian, this project stages an argument for interdependency and entanglement, even across allegedly opposed genealogies or perspectives.

Steegmann Mangrané’s works often unsettle the conventional ways in which art is seen or felt; examples include his virtual reality–based project Phantom (2015) and his subtler drawings and sculptures that entwine light, color, and the architecture of the venues they are displayed in. In its emphasis on experience over object, Steegmann Mangrané’s practice echoes some of Brazil’s most significant contemporary artists, like Hélio Oiticica and Lygia Clark, whose pioneering work of the latter half of the 20th century exchanged spectatorship for full-body participation.

The exhibition will also include the site-specific wall drawing Morfogenesis (2017) and two film installations, Spiral Forest (2017) and 16mm (2009-2011), and will premiere new sculptures such as Phasmides (2018) and the series of figurative chrome cast pieces Inhabitant (2018).

This exhibition was made possible by the generous support of Lonti Ebers. Exhibitions at CCS Bard are made possible with support from the Marieluise Hessel Foundation, the Audrey and Sydney Irmas Charitable Foundation, the Robert Mapplethorpe Foundation, the Board of Governors of the Center for Curatorial Studies, the CCS Bard Arts Council, and the Center’s Patrons, Supporters, and Friends. Special thanks to Esther Schipper, Berlin and Mendes Wood DM.