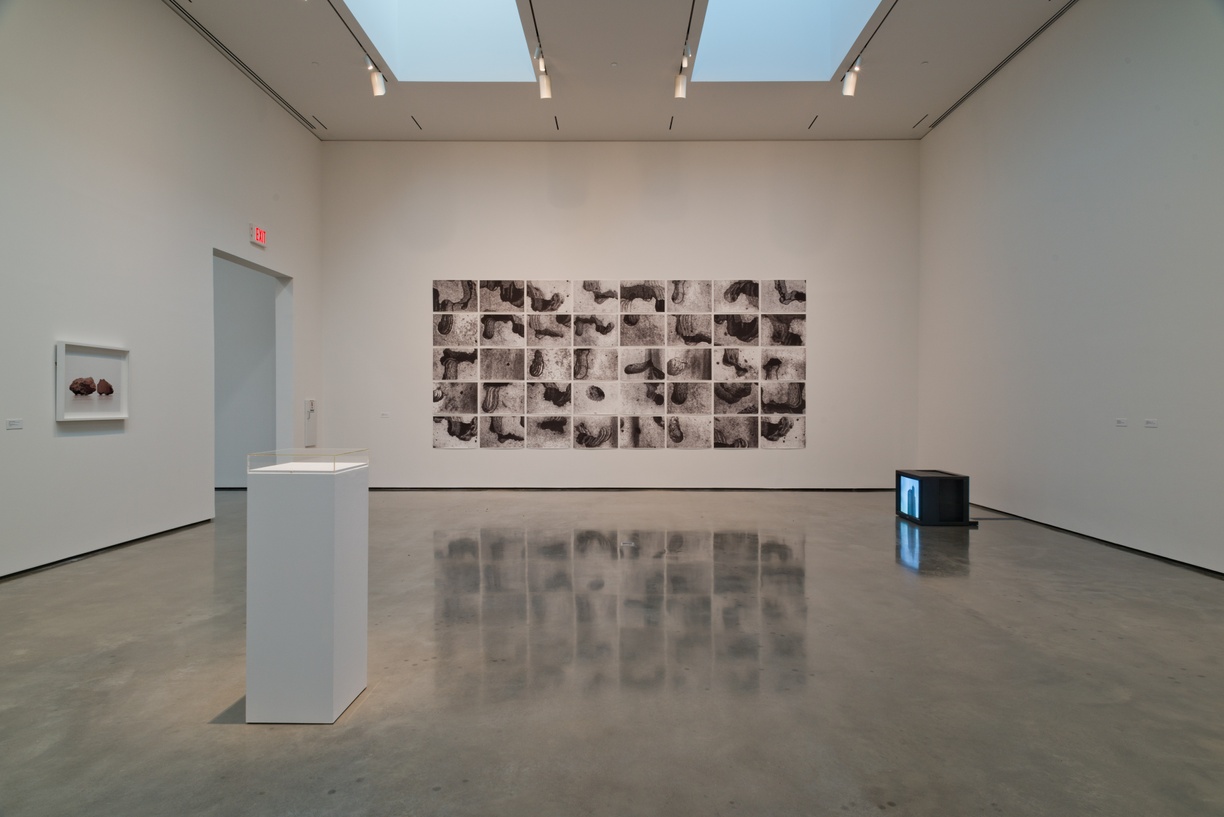 Overburden uses historical and literary resources as excavatory tools for unraveling cultural value. In the exhibition, abstraction and repetition emerge as artistic gestures that reveal tensions between the personal and the institutional.

Overburden describes the feeling of excessive load. And also designates a layer of sedimentary rock bearing archeological traces or mineral values underneath. The word simultaneously activates two different strands of thought within the show: the increasing exhaustion of the artist as citizen, and the opacity with which the works withhold the histories and stories of their origin.

The artists in Overburden challenge what it means to belong to a place and to live within imposed protocols and rules. Ultimately, through a continuous desire to return, reinterpret and produce new forms of knowledge, these artists attempt to contest the linearity of history. Faivovich & Goldberg, García Torres, Gutiérrez, Irízar, Lebrija, Méndez Blake, Orozco, Quaytman, Vo and Zittel, through different strategies, seek the creation of alternate destinies. That is, the reimagination of history as something that is constantly in flux in “an effort to construct a new reality out of the one which was already lived”—precisely how Michel De Certeau defines progress.

The works in this show do not inflict an immediate visual or bodily oppression that would be shocking at first sight. Rather, the show claims that oppression is not always overt: the most sophisticated forms of oppression and the exercising of power occur in unexpected places. While this force is inflicted upon us, we are simply too busy to look.

If the voice of these artists can be heard within current institutional realms, it is in the postmodern milieu, whereby the individual voice and micro histories have defeated grand narratives. By believing in the inherent agency within these voices –that they hold the power to question, modify, affect, or defeat larger structures– they also, acknowledge that in present days it is increasingly difficult to differentiate these voices from institutions themselves. Thus, is worth posing these questions as an attempt to reimagine how histories might be different, and reorganize civic logic from a place that seems insignificant, from the everyday; by constructing an idea, by writing words, by detecting layers.

This research was made possible by the support of the program for foreign graduate studies of Fonca-Conacyt in collaboration with Secretaría de Cultura de los Estados Unidos Mexicanos, and Fundación Jumex Arte Contemporáneo.

The piece “I Would Prefer Not to”, 2012 by Jorge Méndez Blake has been generously sponsored by Kingston Block.