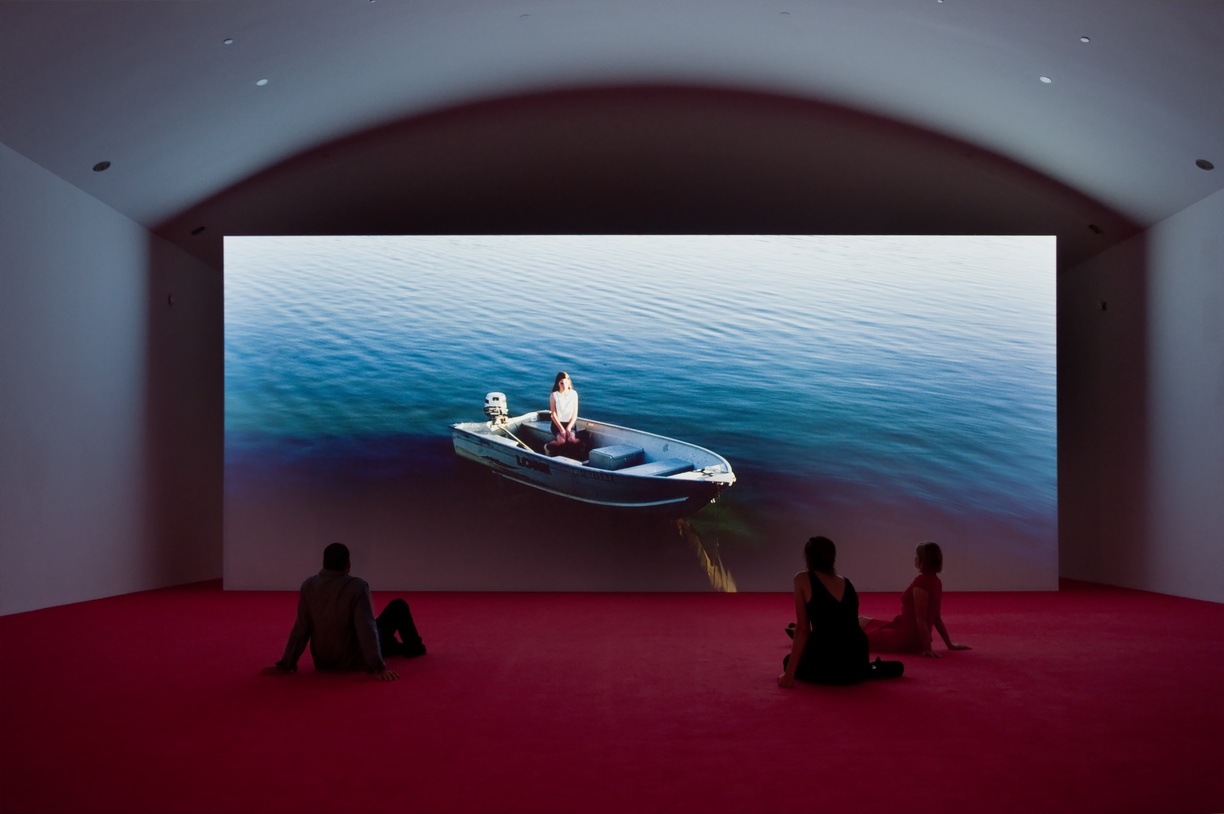 The exhibition at CCS Bard will explore Philippe Parreno’s work with moving images, focusing on three later pieces. The short film The Invisible Boy is a new work by Parreno premiering at CCS Bard. The Invisible Boy combines documentary footage and animation, portraying a ”paperless” Chinese boy who lives clandestinely in New York’s Chinatown. Confined to a small apartment he invents rituals for himself as animated ghosts and monsters pay him visits. An important part of the work is the sound track, based on live transmission from a number of different sites in Chinatown and mixed by the sound artist Nicolas Becker who also worked on the sound for the other two pieces in the show. When the film is not playing in the exhibition space the sound will still be on, thereby constituting a ”sound track without an image”. In this way there will be a literal, and poetic, connection between the context of the boy and the context of the exhibition.

The second film, June 8, 1968, takes us back to 1968 and the funeral train of Robert F. Kennedy. Parreno draws openly on documentary photographer Paul Fusco’s famous footage from the event as he reenacts parts of the journey in a stunningly beautiful Westcoast landscape. The exhibition will be the US premiere of June 8, 1968. Zidane: A XXIst Century Portrait, made in collaboration with Douglas Gordon, is simultaneously a feature film-length portrait of a football player, and a film which engages exclusively with its main protagonist without having a traditional narrative. The single-channel version of Zidane: A XXIst Century Portrait will be screened in designated cinema spaces on campus.

A common denominator for the three works is formal experimentation in general and the intensity of the pictures in particular. The Paris-based cinematographer Darius Khondji has worked closely with Parreno on both The Invisible Boy and June 8,1968. He also filmed Zidane: A XXIst Century Portrait. Known for the cinematography of visually sumptuous films like Delicatessen and Seven, Khondji will be engaged in a literal as well as a metaphorical conversation with Parreno for the exhibition. Thus, rather unexpectedly, the exhibition will address concerns with form, specifically in relation to light and space.

The exhibition is the fourth part of a series of retrospectives with Parreno’s work taking place between 2009 and 2010 at Kunsthalle Zurich in Zurich, Centre Pompidou in Paris, and the Irish Museum of Modern Art in Dublin. At CCS Bard the exhibition will be integrated with both the graduate program and the local community. A group of first-year graduate students will work together with the curator of the exhibition, Maria Lind, on an extensive mediation program. In addition to a lecture by Berlin-based art historian Jörn Schaffaf, who wrote his Phd on Parreno’s work, a series of screenings with Parrenos earlier moving image work will be organized. Some of them will happen in the cinema spaces on campus, others at regional cinemas including the one at the community organization Time Space Limited in Hudson. Each student is also reaching out to two different communities/groups, one on campus and one beyond, which will be offered the opportunity to attend special walk-throughs of the exhibition led by the students.