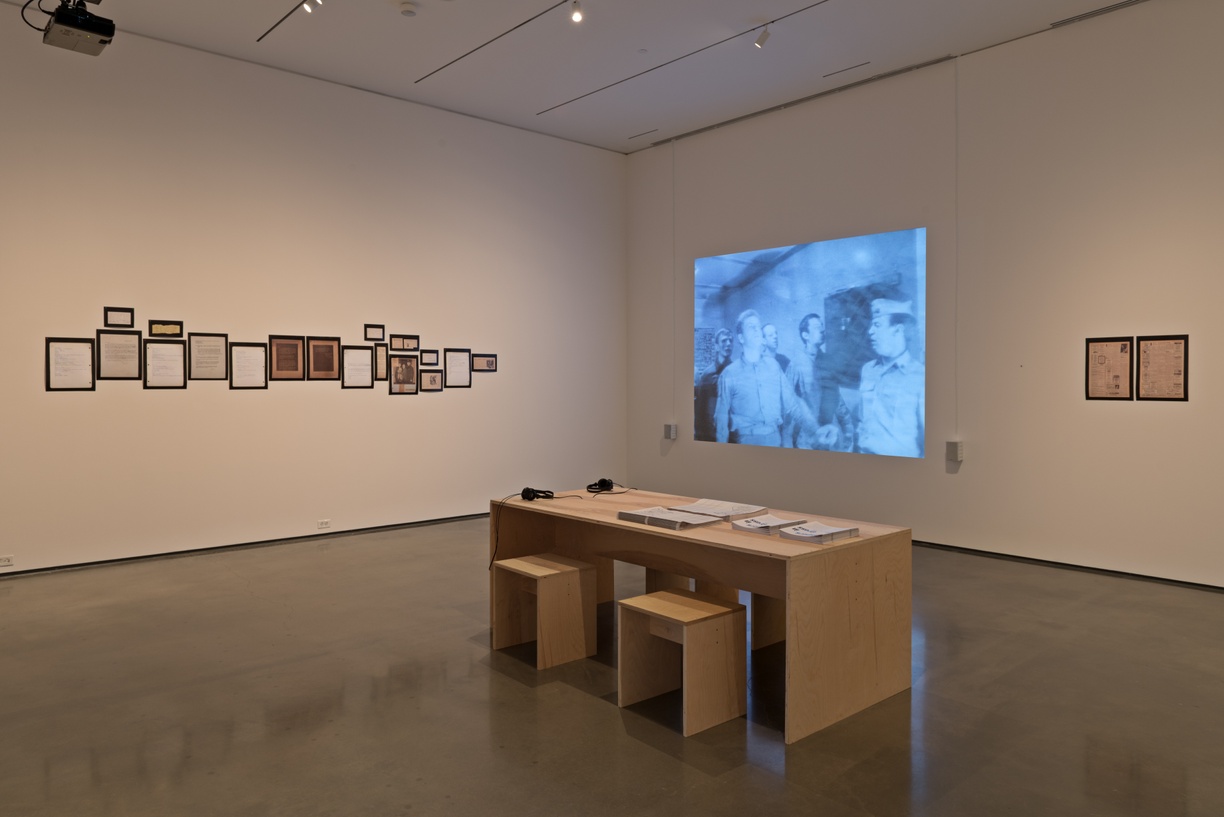 Whispers in the Grass
The Living Theater & The Brig
April 9 – May 28, 2017
→ Hessel Museum of Art
Curated by
Part of
The Filament and The Bulb
Exhibition Category
Thesis Exhibitions
Fb Tw
Fb Tw

Featuring archival materials from the Living Theatre Records and police surveillance files; films by Jonas Mekas and Storm de Hirsch; original interviews with company members and their friends; and a staged reading of transcripts from a criminal trial and other documents by Mike Iveson and Kaneza Schaal.

On a ship bound for Europe, with New York City receding in the distance, Judith Malina of the Living Theatre wrote in her diary that she was relieved to be leaving the United States, where the paranoia felt among artists and activists was like “terrible whispers in the grass.” The date was April 3rd, 1969. As activists, theatre artists, and co-founders of the experimental theatre company, Malina and Julian Beck had spent the past decade being harassed by police and creditors. But soon, the Living Theatre became aware of an even more sinister spectator—the US government—when the IRS closed the Living Theatre in 1963 during the run of their controversial production, The Brig. In response, Malina and Beck lived their lives and produced their performances in defiant ways that demanded to be seen, performing their activism as illicit media events in the shuttered theatre, on the streets, and in court.

Whispers in the Grass investigates the closure of the Living Theatre by the United States government in October 1963, an event that ended the run of The Brig, sent the Living Theatre to jail, and put the group on trial. The exhibition is based on a research inquiry and guided by conspiracy theories. It assembles evidence in the form of original interviews, films by Jonas Mekas and Storm de Hirsch, archival materials from the Living Theatre’s records, and court transcripts and police surveillance files, to probe the story of artists and activists whose lives and art were haunted by Cold War-era surveillance—a story with lingering implications for our own surveilled time.

Mike Iveson and Kaneza Schaal will perform a staged reading of transcripts from the criminal trial and other documents onApril 23rd, 2017 at 2:00 PM, Classroom 102, CCS Bard.