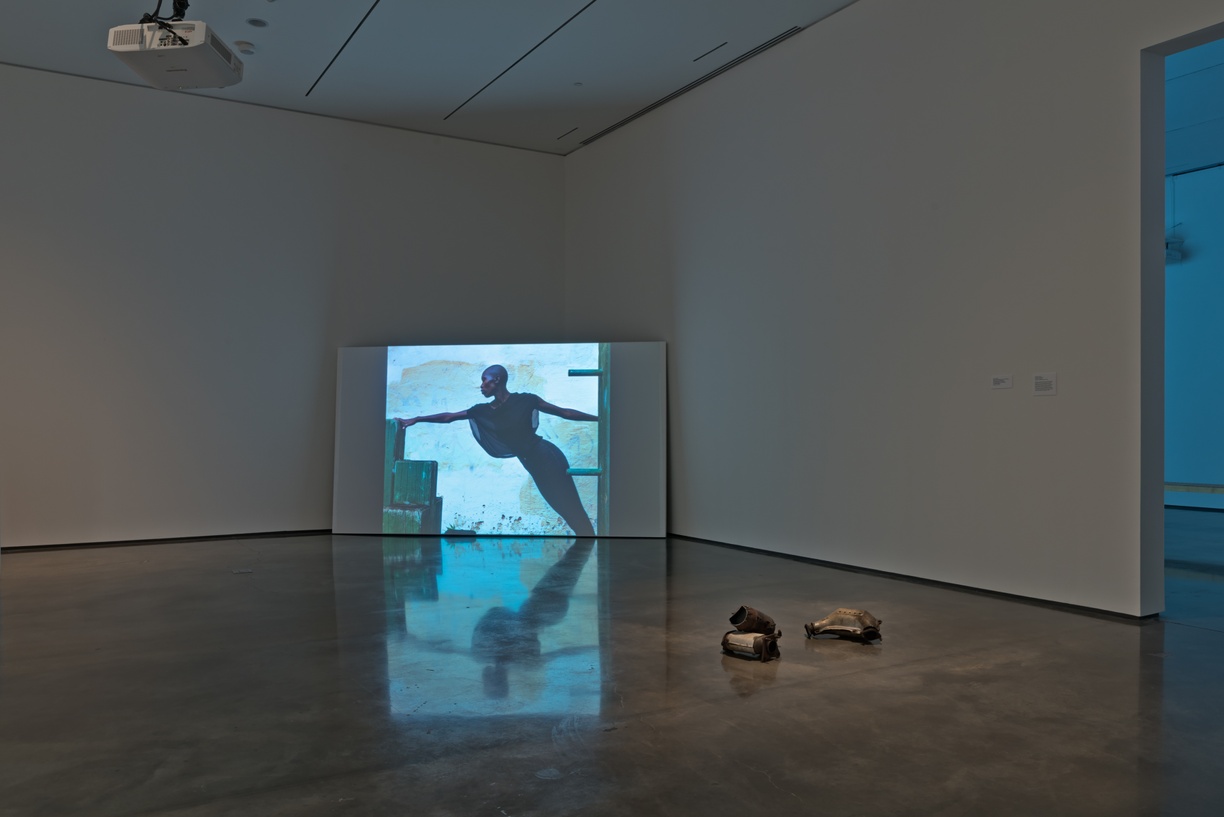 Other Articulations of the Real
April 9 – May 28, 2017
→ Hessel Museum of Art
Curated by
Part of
The Filament and The Bulb
Exhibition Category
Thesis Exhibitions
Fb Tw
Fb Tw

Other Articulations of the Real features art that explores and interrogates racialized melancholy amongst Black Americans. Melancholy is not purely a psychoanalytical phenomenon, but a merged physical and mental state of being embedded within the environment. Racialized melancholy amongst Blacks differs because of the specific violent history of enslavement and the proliferation of White supremacy in all areas of life.

Neutral appearing places such as grocery stores, offices, and parks contribute to a perpetual weariness as much as courthouses and plantations in communal cultural memory. Torkwase Dyson and Sable Elyse Smith’s practices have focused on spaces like the auction block and correctional facilities. These places are historically sources of direct physical and mental violence. Experienced and inherited trauma from these spaces is pervasive.

Cameron Rowland and Shawn Theodore’s practices implore viewers to reflect on the seemingly hidden realities of the American legislative and judicial system and to take notice vanishing Black neighborhoods. Found objects represent the alternative economies in which scavenged items are used as profitable resources. As these items are obtained through extra-legal means, race and class are the two primary factors that are used to control an authorized flow of goods resulting in the continuous cycle of imprisoning bodies of color. The neighborhoods that Black Americans have occupied for generations are disappearing. Gentrification has caused wide spread displacement for families who are rooted in Black communities across the country.