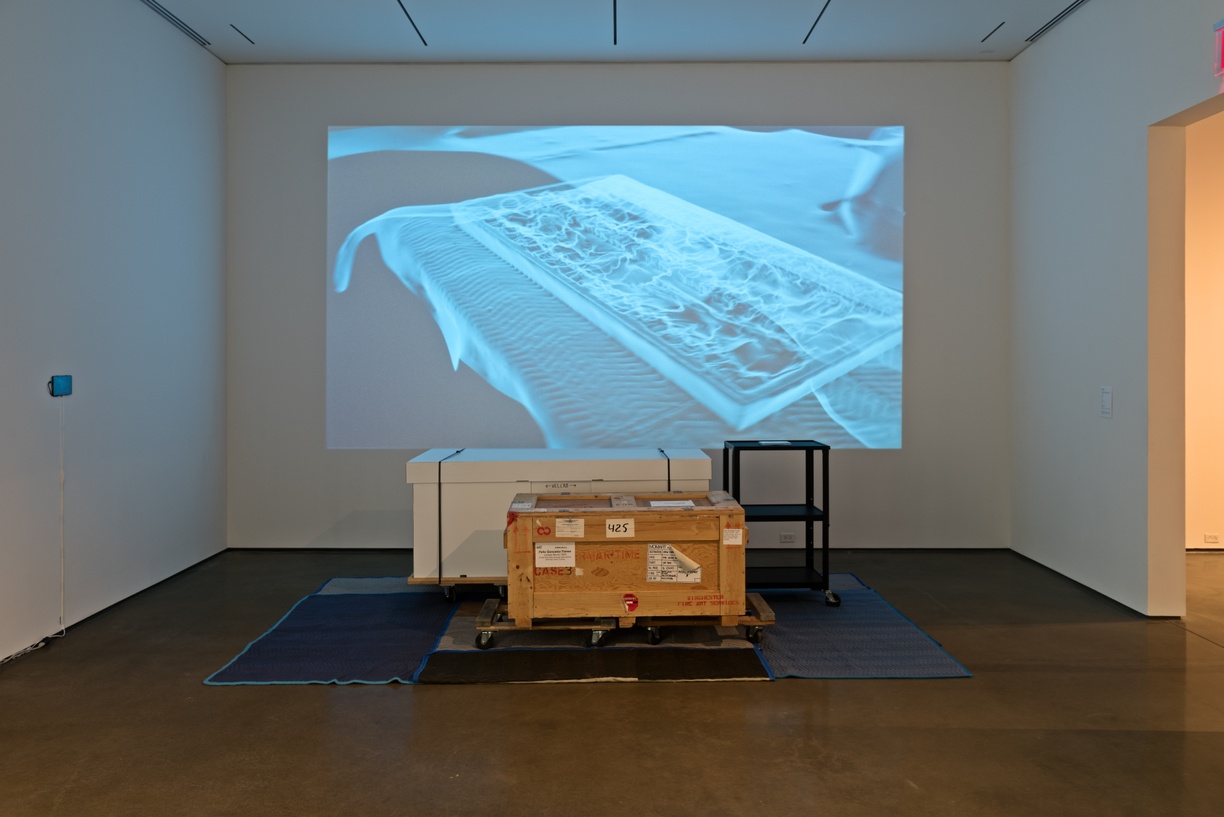 The Case of the Osmanthus Flower Jelly
April 9 – May 28, 2017
→ Hessel Museum of Art
Curated by
Part of
The Filament and The Bulb
Exhibition Category
Thesis Exhibitions
Fb Tw
Fb Tw

Artists: Ulises Carriòn, Stephanie Syjuco, SHIMURAbros, Zihan Loo, and Anicka Yi In 1981, Ulisses Carriòn decided to use gossip as a starting point for an artwork. He later realized that this experiment revealed traits about the participants, and the chain of people involved in the rumor. It became a mechanism for survival and social control: Oddly, it united the values and morals of a particular group. Carrion’s method of employing a deliberate gesture in inducing an affective investigation lays the groundwork for the exhibition.

Artworks in the exhibition are featured as case studies that determine a symptom or a trace. Small sculptures which are compressed data from five scenes of a film, appear as materialized mineral stones. The gesture of looking into the crystalized film negative, and the act of understanding cinema demystified from its storyline, represents a conscious action, and manifests curiosity understanding and discovery of a different perspective of cinematic space.

A second case study involves an artwork censored from a previous exhibition, and the act of zooming into, and isolating these objects provide a better understanding of the values and pathologies of the public sphere from which it was banned.

The Case of the Osmanthus Flower Jelly is an exhibition, which finds validity in conscious experiences and perception. It is about varying ways of how we collect, gather, distribute information and a curatorial approach that is not conclusive, but exploratory and phenomenological.