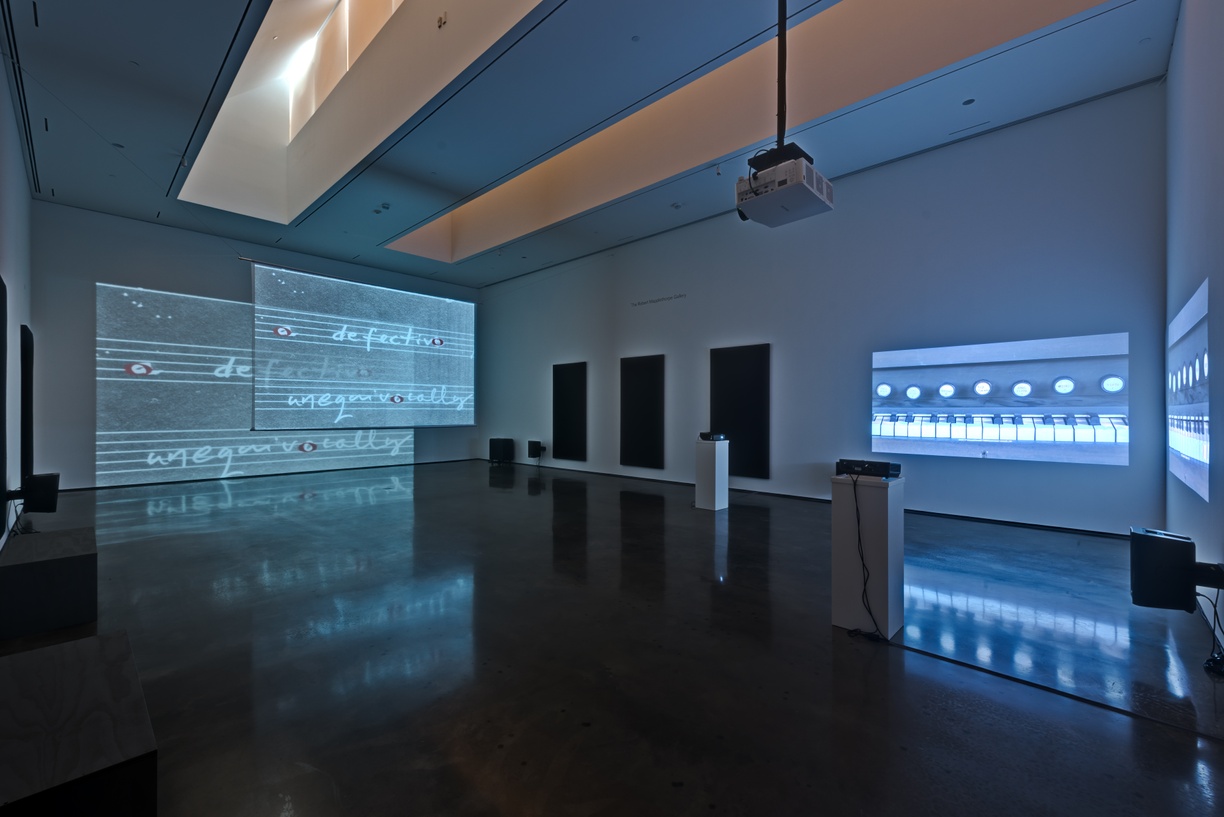 After Notation
April 9 – May 28, 2017
→ Hessel Museum of Art
Curated by
Part of
The Filament and The Bulb
Exhibition Category
Thesis Exhibitions
Fb Tw
Fb Tw

After Notation, an exhibition of recent and new work by New York-based artist Marina Rosenfeld, foregrounds the artist’s critical exploration of musical notation since the late 1990s. Rosenfeld practices across numerous disciplines, including music composition, performance, installation and video. Employing and developing notation, her works simultaneously conflate and upend distinctions of musical technique, gesture, language and history. Thus, notation becomes a mutable site of critical inquiry in which the ideological, historical and social conditions of music transpire.

After Notation juxtaposes two complex, time-based works, presented for the first time in the United States. My red, red blood (2011) is a single-channel video-score, stemming from a series of experimental scenarios described in a text by poet Kim Rosenfield, ostensibly narrating the experiences of a comedian entertaining US troops abroad. In the two-channel work Six Inversions (After Arnold Schönberg) (2013), Rosenfeld applies composer Arnold Schoenberg’s signal concept of ‘inversion’ to a number of conversational readings of musical ephemera. These materials include charts, score fragments and musicological texts from the composer’s Viennese archive.

These two works emphasize the symbolic functions and conceptual possibilities of musical notation as the foundation for the production of music in real-time, and propose shifts in meaning through improvisation, interpretation and translation. By doing so, these works turn the exhibition into a musical situation, inviting visitors to address the work through competing aural and visual modalities. As layers of meaning unfold in multiple registers (text, image, object, sound, event), Rosenfeld’s work inhabits a space between memory and communication, between the idea of music and its realization.

The exhibition will feature a live performance of the video-score My red, red blood.