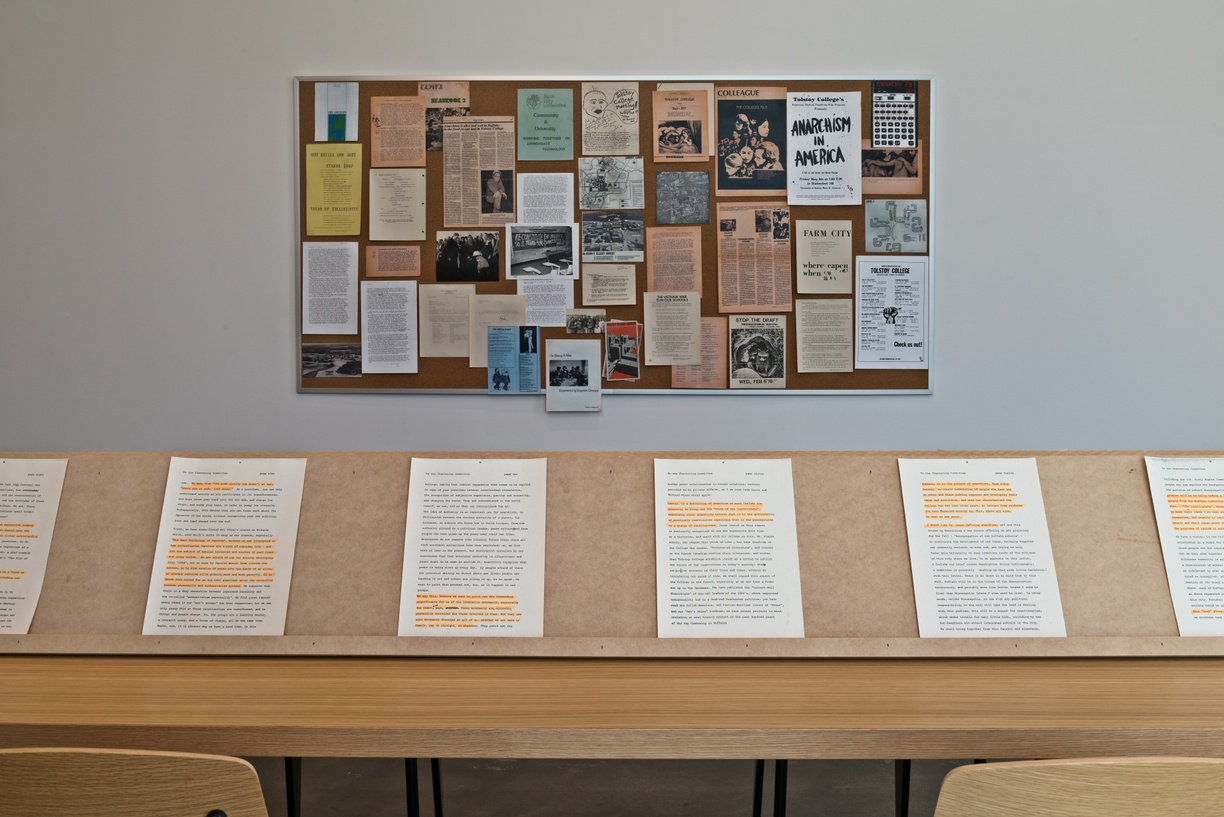 Studies from the Bottom Up
April 9 – May 28, 2017
→ Hessel Museum of Art
Curated by
Part of
The Filament and The Bulb
Exhibition Category
Thesis Exhibitions
Fb Tw
Fb Tw

Tolstoy College was an anarchist educational community active at University at Buffalo from 1969 to 1985. The school was part of a project of several ‘radical’ Colleges, initiated by university president Martin Meyerson, to transform the University at Buffalo into a “Berkeley of the East” with hopes of aligning the university with increasing student activism across the country. Faculty members Charles Haynie and Charles “Chip” Planck supported a pacifist-anarchist position best expressed by Russian author Leo Tolstoy’s essays on education and Tolstoyan utopian movements during the twentieth century. During the early years of Tolstoy College, curriculum was based on personal experience and subjectivity, in lieu of collective protest. Before shifting from a focus on anarchism towards an emphasis on queer theory and politics, courses such as “The Problem of Collective Living” and “Living Off the Land” were taught at the College.

Studies from the Bottom Up is a publication and exhibition exploring the contexts of education, curriculum, and communal life emerging from Tolstoy College. The publication, designed by João Doria and edited by Julie Niemi, features contributions by Martin Beck, Adelita Husni-Bey, Nadja Millner-Larsen, and Jennifer Wilson who will respond to aspects of Tolstoy College, its plans for anarchist space and study, and the wider milieu of the period. The exhibition builds on this collective research and includes additional materials sourced from the University archives at University at Buffalo.