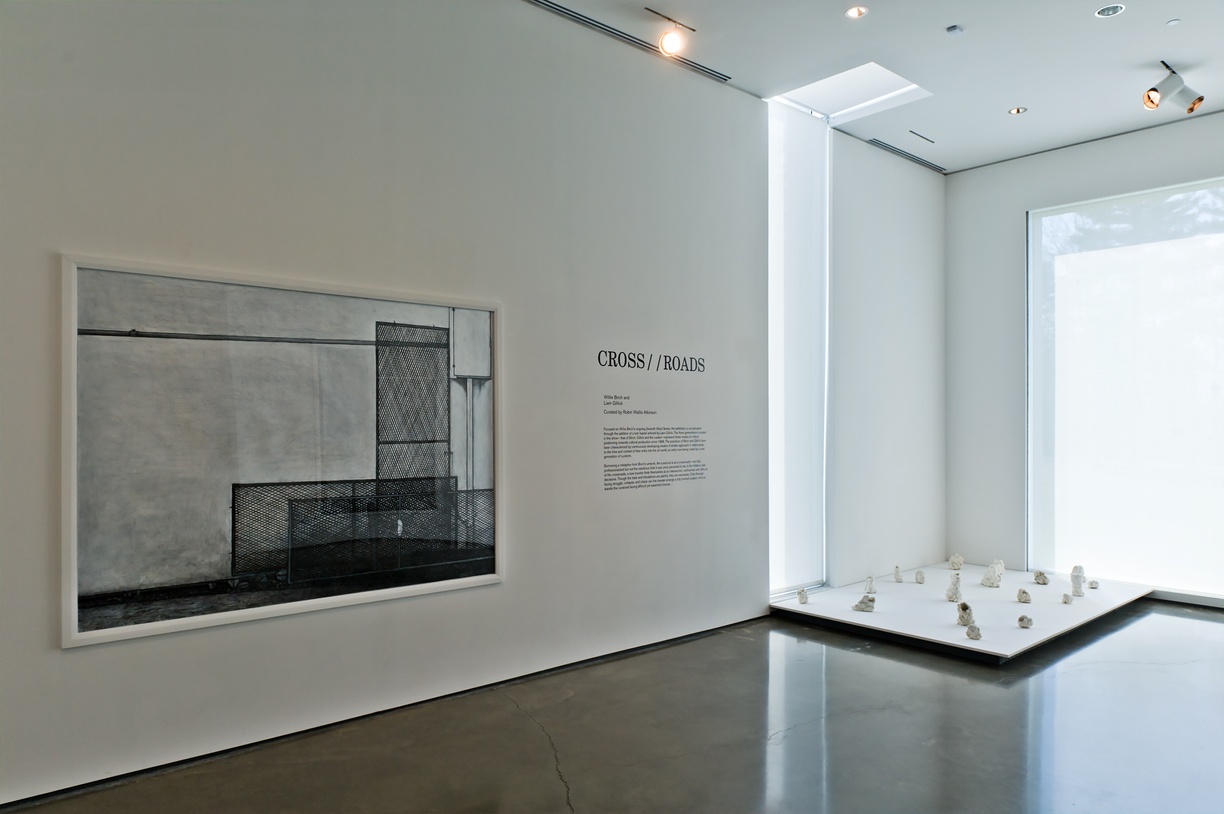 By pairing Willie Birch’s three works on paper and a set of papier-mâché sculptures from the New Orleans based artist’s 7th Ward Series alongside conceptual and text-based artwork by Liam Gillick, the curator draws on formal differences to point towards related conceptual attitudes about history and materiality. The three practices in the exhibition, two artistic and one curatorial, represent three modes of creative production as well as different generational ideas on working in the cultural sphere. Across generations these practices share a common investment in exposing or documenting the often-overlooked material traces of socioeconomic and cultural histories as they manifest within the lived environment.

Birch’s visual style, a form of conceptual Southern Vernacular painting, is a syncretic blend of representation and abstraction that utilizes African diasporic retentions – cultural traits that have persisted across history – to create a record of the past’s symbolic traces on the present, in order to preserve them for the future. Gillick similarly extends backwards to look forwards, contemplating the time just before something begins or just after it has finished as a place of possibility. The notion of vernacular – a form of everyday parlance specific to a social group or region – manifests in his work through a graphic and discursive style developed in the context of globalized art production. In his work formal and textual elements are interdependent, expanding his engagement with abstraction and the built environment. By bringing the artworks of Birch and Gillick together, the curator hopes to bridge a gap between local and global discourses about production and materiality to emphasize the importance of memory and locale and to create a simultaneous complication and interpretation of each by the other.