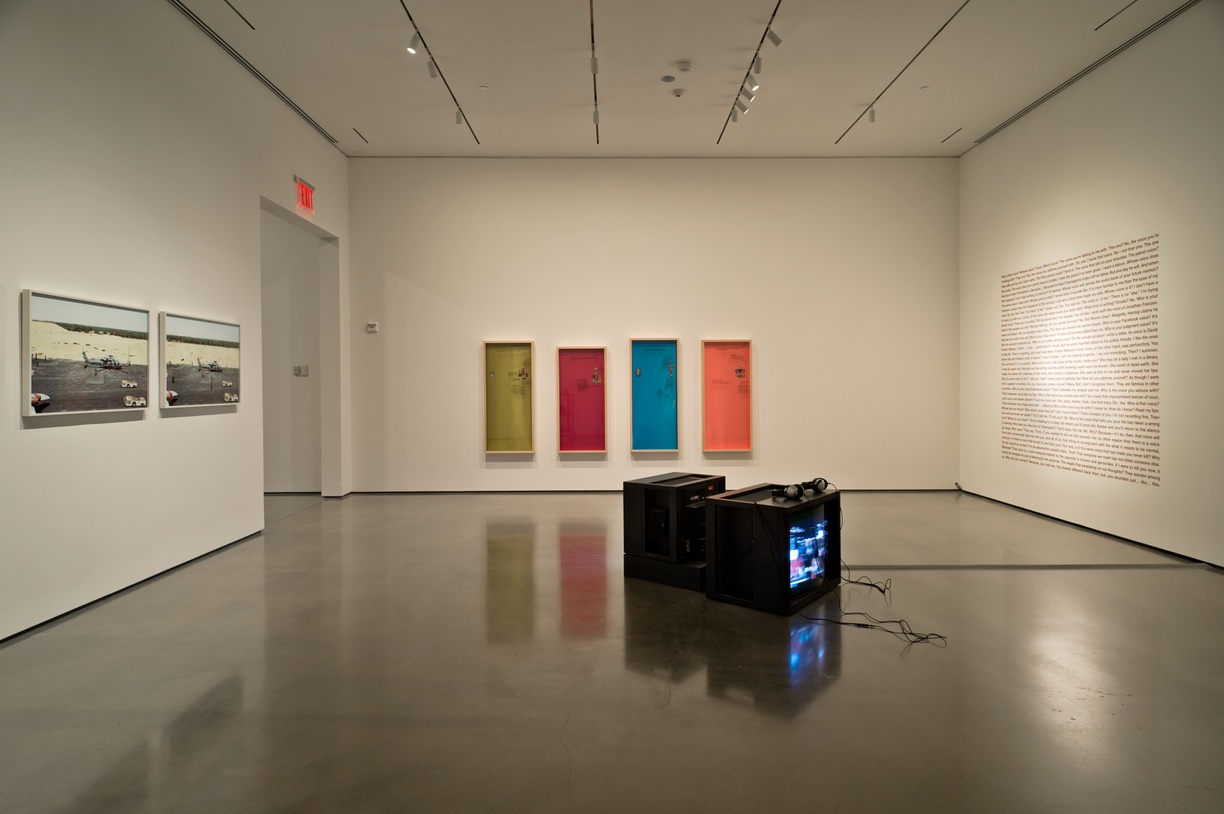 We took the image and put the sound too loud
March 24 – May 26, 2013
→ Hessel Museum of Art
Curated by
Part of
Less Like An Object More Like The Weather
Exhibition Category
Thesis Exhibitions
Fb Tw
Fb Tw

A story is written on the wall, lending it a voice. A voice that does not know whom it is from, only where it starts and where it is received. We took the image and put the sound too loud; a we that brings together the you and the I. How we project the image directs its reading. Does it drown out or bring forth that voice? Here begin the breaks and transformations in reconstructing a narrative. Depending on which way you look, drifting past a contested land can be a metaphor for the command of a military’s soft-power, as captured in a set of photographs on the USS Dwight Eisenhower carrier navigating through the Suez Canal. Looking in the other direction, that same land becomes an ideological symbol or a character playing its part in a fiction. Histories of Egypt, Palestine, Jordan and Iraq are woven through the rise and rift of The Beatles. Multiple narratives intersect, and souvenirs from a previous time act as a device for remembering the past, imagining one narrative as it cuts through another’s trajectory. A slide projection holds still an image of a tarnished terrain, while a video loops the action of sweeping away the residue of a chemical weapons test. This is how the real is projected. The sequences that arrange and reproduce a narrative that we put together.