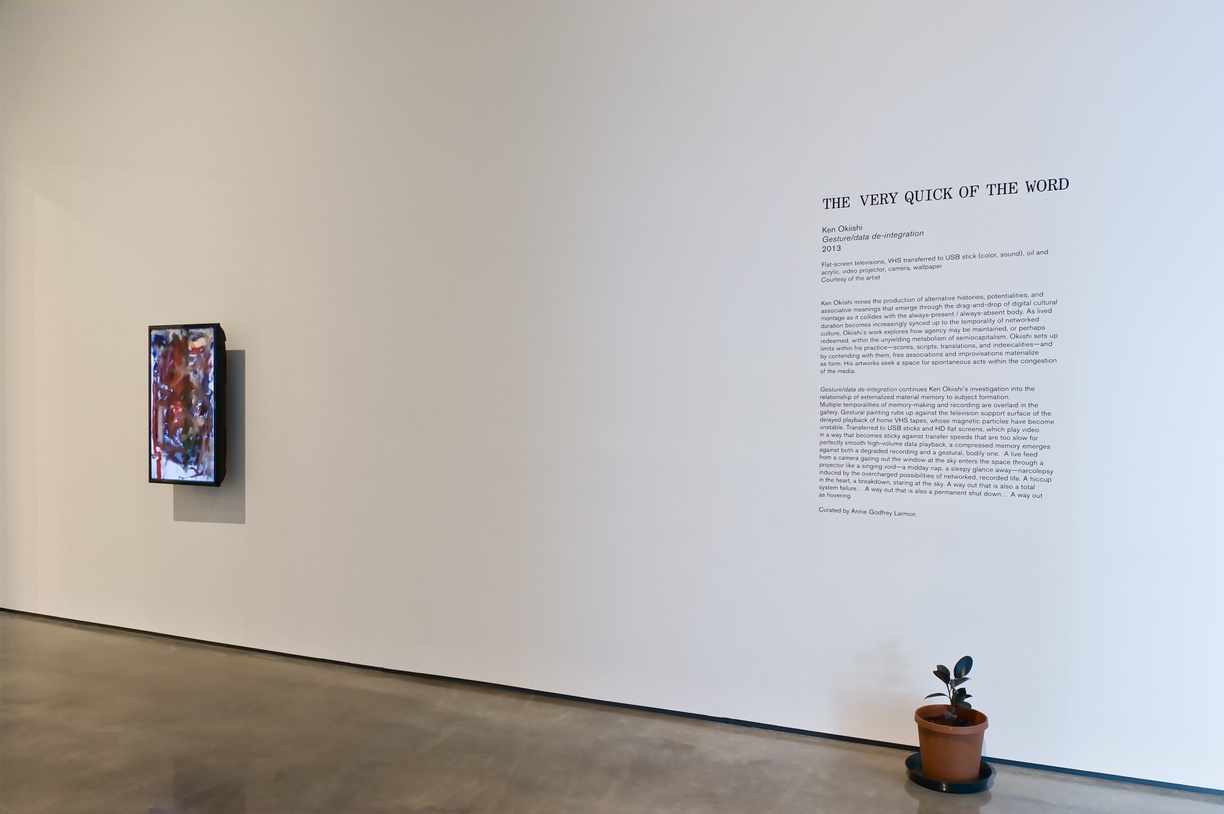 The Very Quick of the Word
March 24 – May 26, 2013
→ Hessel Museum of Art
Curated by
Part of
Less Like An Object More Like The Weather
Exhibition Category
Thesis Exhibitions
Fb Tw
Fb Tw

The Very Quick of the Word elaborates Ken Okiishi’s investigation into the relationship of externalized material memory to subject formation, through a new work commissioned for this exhibition. Multiple temporalities of memory-making and recording are overlaid in the gallery, as gestural painting rubs up against the television support surface of the delayed playback of home VHS tapes, whose magnetic particles have become significantly unstable. Transferred to a crude digitality of USB sticks and HD flatscreens, which play video in a way that becomes sticky against transfer-speeds that are indeed too slow for perfectly smooth high-volume data playback, a compressed memory emerges against both a degraded recording and a gestural, bodily one. A live feed to a camera gazing out the window at the sky enters the space like a singing void—a midday nap, a sleepy glance away— narcolepsy induced by the overcharged possibilities of networked, recorded life. A hiccup in the heart, a breakdown, staring at the sky. A way out that is also a total system failure… A way out that is also a permanent shut down… A way out as hovering.

This marks a site of indeterminacy, by way of a sort of immersive, prosthetic brain space.