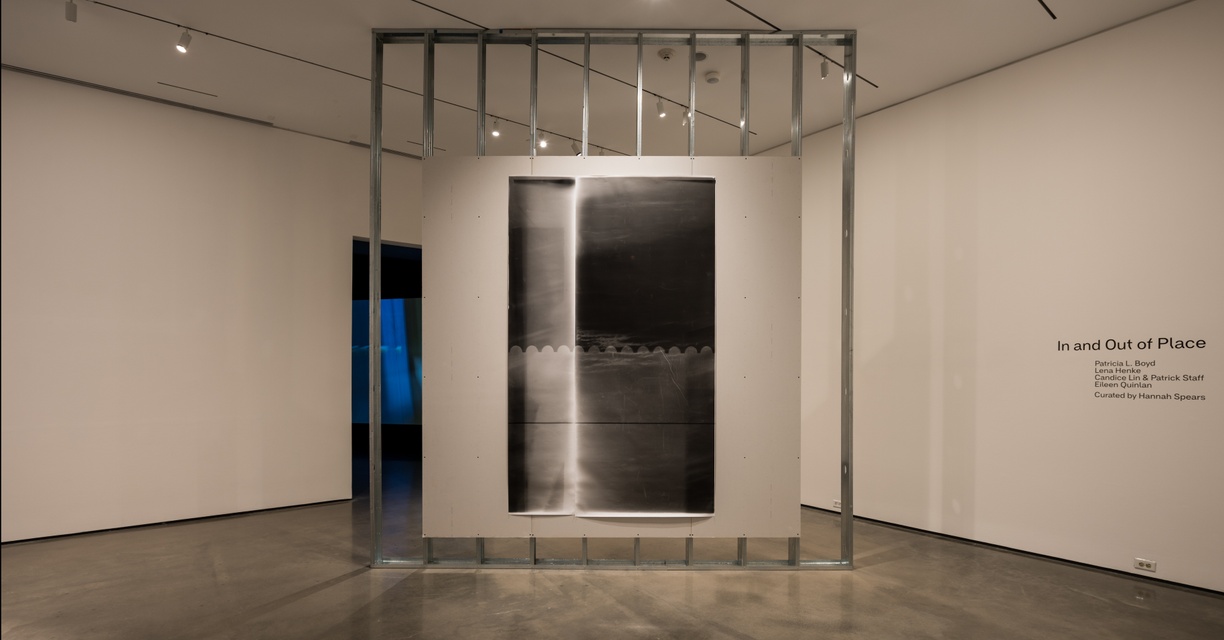 In and Out of Place
April 8 – May 27, 2018
→ Hessel Museum of Art
Curated by
Part of
2018 Spring Exhibitions And Projects
Exhibition Category
Thesis Exhibitions
Fb Tw
Fb Tw

To what degree the world that envelops a person’s body belongs to that body and is in some way integral to its functioning has not yet been determined. Is “person” wider than “body” – and, if so, how much wider? Where does person leave off and world begin, or, indeed, does this happen? –Arakawa and Madeline Gins, “Person as Site in Respect to a Tentative Constructed Plan”

In and Out of Place is an inquiry into subjectivity as it is shaped in, and through, architectural space and the built environment. The artists in the exhibition question the ostensibly neutral image of a subject for which architectural space is produced, and the ways in which the built environment itself produces subjects based on designations such as race, class, and gender. Some of the sites referenced in the exhibition are socially and politically weighted – a commercial storefront in a gentrifying urban area, a domestic interior, a city grid – while in other works, an underlying conflict is addressed methodologically.

In works by Patricia L. Boyd, Lena Henke, Candice Lin & Patrick Staff, and Eileen Quinlan, traces of bodily encounters with built structures are indications of a conflict or tension between subjects and their respective environments. Whether visualizing personhood as an abstract assemblage of industrial materials, a figure dissolving into the substrate of a photograph, or residual marks on a storefront window, the works implicate the subject through structures and materials, producing an expanded sense of what constitutes subjectivity. The friction that arises in each of the works is symptomatic of the discrepancies between embodied experience and its schematic counterparts.