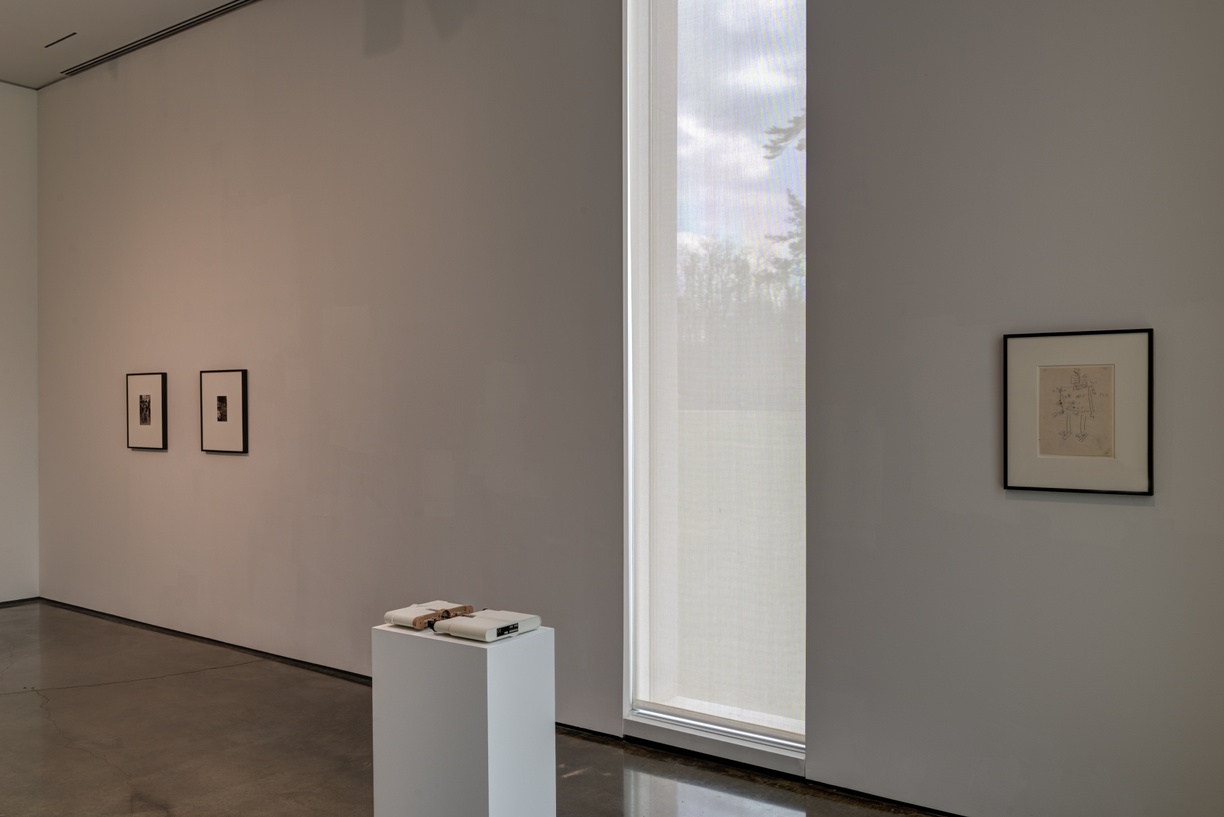 Everything is going to be fine
April 8 – May 27, 2018
→ Hessel Museum of Art
Curated by
Part of
2018 Spring Exhibitions And Projects
Exhibition Category
Thesis Exhibitions
Fb Tw
Fb Tw

Everything is going to be fine sets out to examine the emotional charge of technology. In a divergent set of artworks spanning across mobile phone, sculpture, digital video and performance, each artist engages a technological object detached from pure utility, leaning towards a feeling-driven interaction with its user. At times caring, comical, or hostile, the depicted machines take on human-like personalities by serving as containers or channels for a variety of emotions: what artist Camille Blatrix has called “emotional objects.”

In Emily Wardill’s video I gave my love a cherry that had no stone (2016), an inquisitive drone and a CGI-distorted body are locked in a danse macabre, collapsing boundaries between human and machine. In photographs from Nam June Paik’s Robot K-456 “accident” (1982), the mechanical figure’s demise crystallizes both unease and laughter through a staged car crash on Madison Avenue, New York. In the Transborder Immigrant Tool (2007-) by the collective Electronic Disturbance Theater 2.0/b.a.n.g. lab, a Motorola cellphone designed to find water and safety in the US-Mexico borderland also offers poetic sustenance to its user. And, in Camille Blatrix’s Untitled (2017) sculptures, the device sheds its scripted sense of purpose in favor of a human restlessness, with the words Everything is going to be fine inscribed onto its surface, as if reassuring itself or the perplexed viewer.

Taking technology as a feeling-inflected mechanism, the exhibition points to the way that these works hold its utopian promise or potential, its role as a repository of memory and poetry, and its capacity to elicit profound anxieties and pessimism.

Library: We're currently closed. We will open again Jun 21 at 10AM.