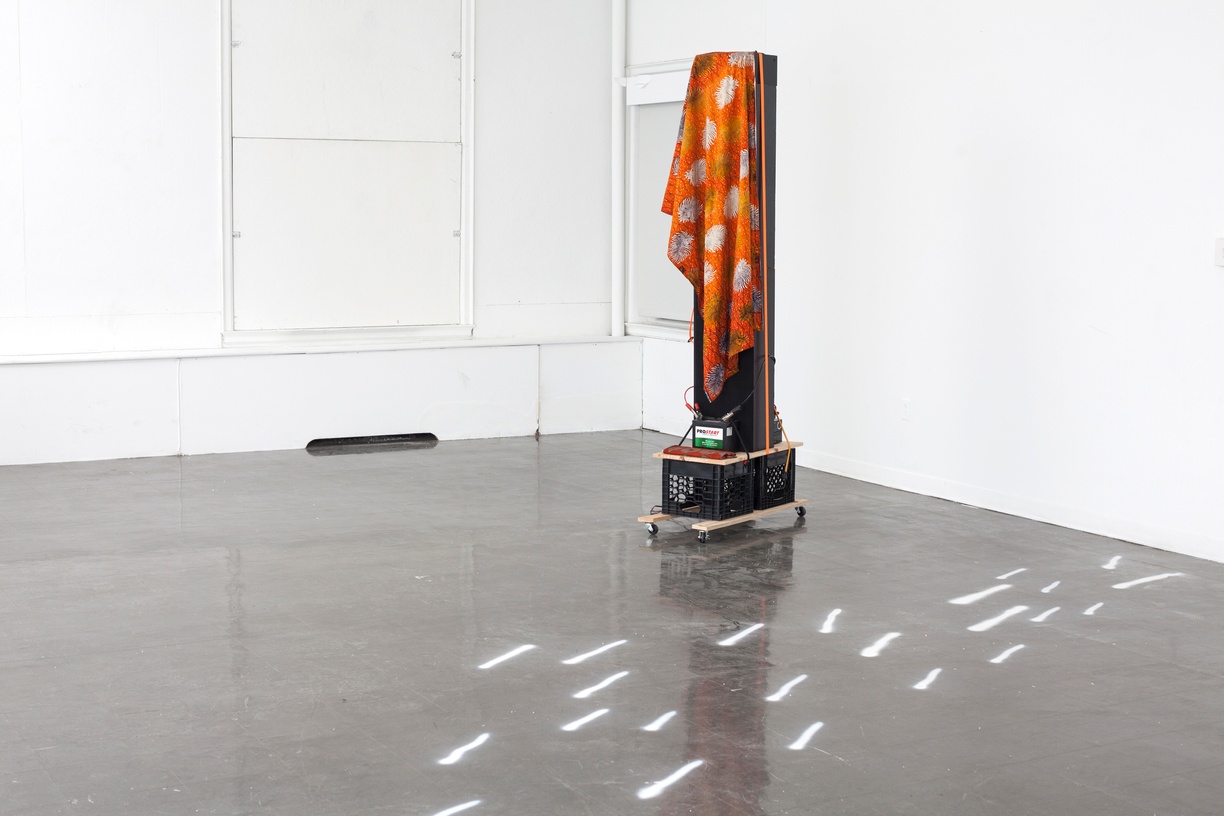 Back to Back is a group exhibition of newly commissioned works from three contemporary artists engaging with Jersey club and footwork, genres of electronic music that emerged from Black and Latinx communities in Newark, New Jersey, and Chicago, Illinois, in the late 1990s and early 2000s. The exhibition takes its title from a performance technique known as “going back to back,” wherein two DJs play records one after the other, creating serendipitous connections between their two record collections through improvised performance. Mirroring this performance form, the works in Back to Back explore the relationship between dance, sound, and the creation of both physical and musical space within the aesthetic culture surrounding Jersey club and footwork music.

The exhibition includes works from RP Boo, a Chicago producer and DJ often credited as the “godfather of footwork music”; Ngu Asongwed, a Newark-based video artist and frequent collaborator with many of the musicians of the Jersey club scene; and chukwumaa, a New York City–based installation artist and musician working between experimental music and contemporary art. Each sound, video, and installation work engages with a specific component of the broader sphere of club culture. RP Boo’s hour-long sound installation, attunes viewers to the sonic framework within which he and other producers referenced in the exhibition operate. Asongwed’s video,—a collaboration with artists and dancers Khari Johnson-Ricks and Blue and producer Tah—demonstrates the ways in which the gestural languages of both club dancing and music production are deeply interrelated and constantly push one another to devise new and innovative techniques. Comprising four modular sculptures built around loudspeakers, chukwumaa’s installation expands the scope of Back to Back by connecting the Jersey club and footwork styles to a larger stylistic discourse that includes Miami bass music, D.C. go-go music, and Baltimore club music, among many other musical forms. Each sculpture in chukwumaa’s work emits a looping musical figure that is a signature of a different regional style of club music production, demonstrating the ways in which all contemporary club styles are linked in a constantly evolving, rhizomatic network.