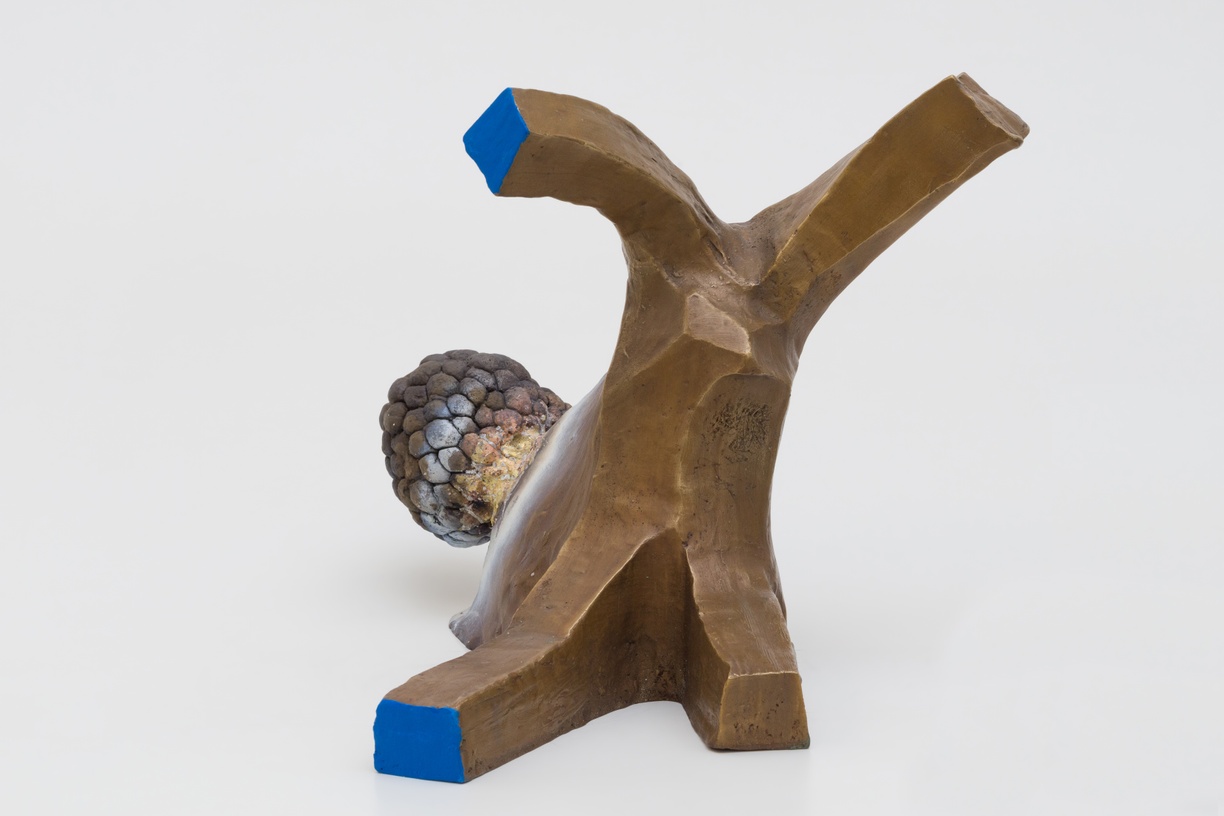 This solo exhibition will spotlight the originality, intelligence, and material pleasure in the singular practice of Brazilian artist Erika Verzutti through a survey of sculpture and wall works from over the past 15 years.

Many lines of inquiry—studies of art history, of being, of the natural world, and the cosmos—underlie Verzutti’s practice. Dissimilar elements are often combined in her works which hang evocatively between figuration and abstraction. Allusions to human, animal, and plant life merge with references to architects and artists such as painter Tarsila do Amaral, landscape architect Roberto Burle Marx, and sculptor Constantin Brâncuşi, among many more. Yet, unlike the fixed lineages and styles she references, Verzutti’s distinctive forms often point to their own making by revealing the trace of her hand—sometimes even her fingerprints. Presented alongside a new book, Verzutti’s featured works open paths to consider the material possibilities for art’s form while broaching questions related to process, history, and “the indiscipline of sculpture.”

Exhibitions at CCS Bard and the Hessel Museum of Art are made possible with generous support from Lonti Ebers, the Marieluise Hessel Foundation, the Robert Mapplethorpe Foundation, the Board of Governors of the Center for Curatorial Studies, the CCS Bard Exhibition Circle, and the Center’s Patrons, Supporters, and Friends.