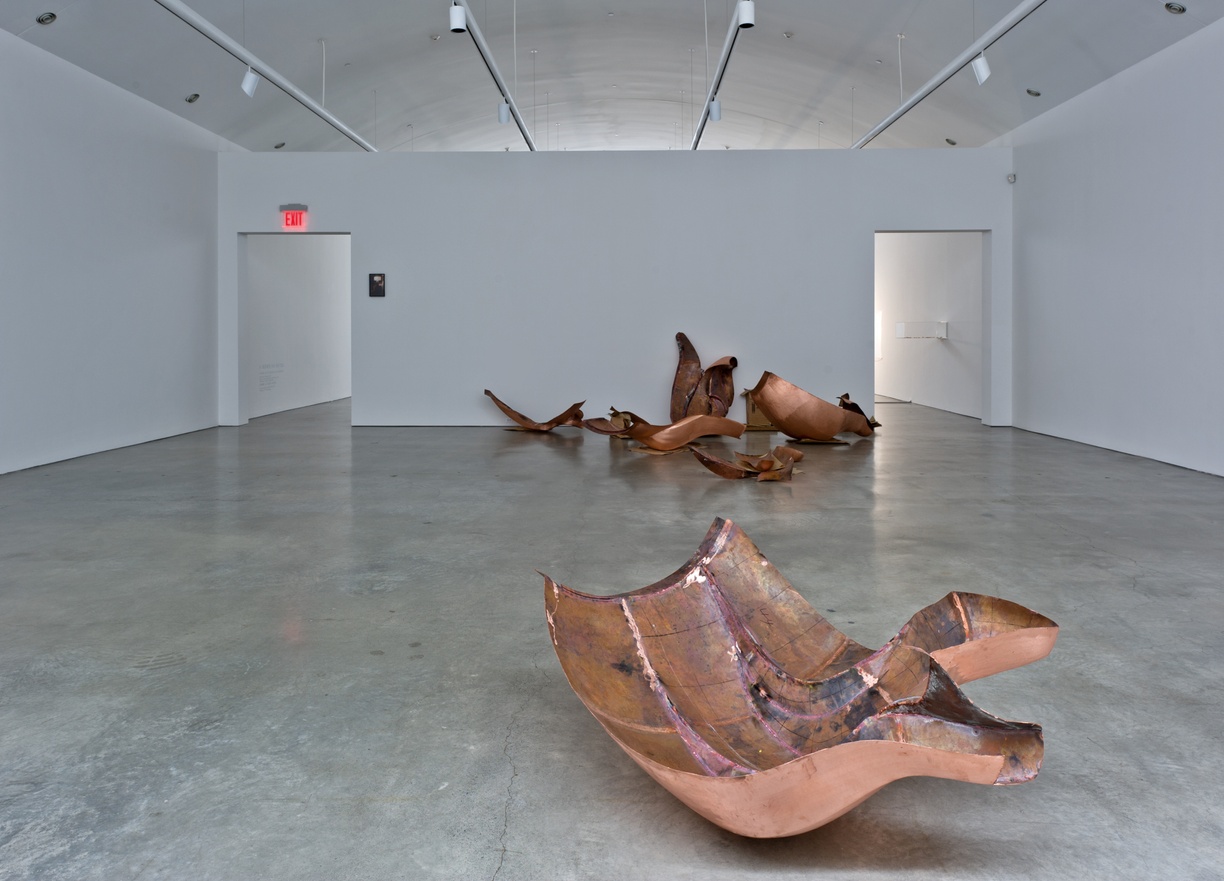 Damnatio Memoriae is a tradition that dates back to the Roman Republic, based on older biblical practices in which unfavorable rulers were systematically erased from historical record and public discourse, often through the mutilation and transformation of public monuments. From Latin, the phrase literally means “condemnation of memory.” This project neither seeks to valorize or explore iconoclasm, nor does it pursue Futurist themes of historical destruction, rather it considers how national icons and historical events become resignified, specifically through artistic strategies of doubling and deconstruction

WE THE PEOPLE (2011), a replica of the Statue of Liberty’s copper shell, began in 2010. This past Fall, the first third of the project was displayed like parts of a giant model kit at the Kunsthalle Fredericanium in Kassel, Germany. Unlike the original statue, the copper pieces are being created without the intention of being assembled together to create a unified whole. Even prior to the Kunsthalle Fredericanium exhibition, Vo’s copper skin had begun to circulate and appear in exhibitions. Where the Statue of Liberty’s copper skin pieces produced by Frédéric Auguste Bartholdi were soldered together on a metal scaffold, and unveiled in 1886 as an image now almost universally recognizable, WE THE PEOPLE is a series of copper skin fragments dispersed according to the logic, or abstract armature, of the global art system.

Damnatio Memoriae, a solo presentation of work by Danh Vo, exhibits the statue’s flame alongside Vo’s older and new work. This project interrogates the form of a solo exhibition by also including work by the artist Martin Wong (1946-1999), and presenting the exhibition itself in relation to contributions by Julie Ault (in the CCS Library and Archives) and James Benning (whose screening and talk occurred on April 10, 2012 in the Bard Human Rights Lecture Series). These three artists are a few of the major influences on Vo’s practice. Presenting work by four artists under the guise of a solo show is a way to exhibit the artist in relation to his precedents, like a text with footnotes.