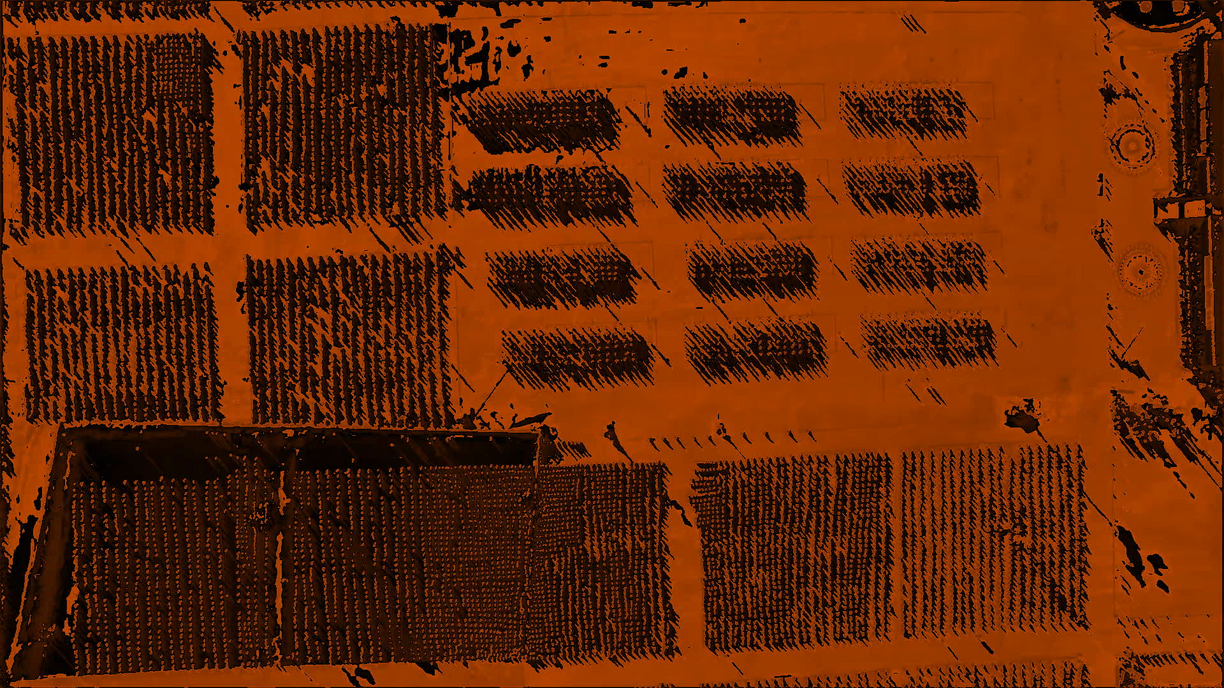 Revolving around the concept of awaaz—the word in Hindi and Urdu for “clamor”, “sound”, and “voice”—the works in this exhibition embrace the fluidity of these terms in the context of protest. Presenting works produced since 2011, the exhibition engages their defiant registers to create a collective awaaz against the competing awaaz of state power.

Pallavi Paul’s short films Nayi Kheti (New harvest, 2013) and Shabdkosh (A Dictionary, 2013) both revolve around the revolutionary poet Vidrohi, who was an active member of student uprisings on the Jawaharlal Nehru University (JNU) campus, where he spent over three decades. Through a relentless stream of images and words, Vidrohi’s poems from the 1970s are renewed as material for resistance in the present. Bass Foundation Roots (BFR) Sound System, owned and operated by artists Delhi Sultanate and Begum X, is one of the only two Jamican-style sound systems in South Asia. Though inspired by traditional sound system culture, identifiable with its arrangement of hand-built speakers operated by groups of musicians, DJs and MCs, the BFR sessions have transformed to engage poetry, dance and other forms of resistance art; creating a visual spectacle that echoes their bold and challenging music. Portraying the invasive authoritarianism of India’s Hindu nationalist group, Kumaraswamy’s video Azaadi Meherbaani Se (2018) digitally manipulates the chaos of the group’s annual gathering into pixels, rapidly multiplying and taking over the screen, discordantly to protest chants in the background. The exhibition speculates the translation of awaaz into aesthetic tendencies by the current generation of contemporary artists as an assertive and defiant response against the current political environment.

In 2020, clamor, sound, and voice has gained renewed attention in India through sustained protests against an authoritarian government but its implications for contemporary art produced in India over the past few decades deserves further scrutiny. The exhibition speculates the translation of awaaz into aesthetic tendencies by the current generation of contemporary artists as an assertive and defiant response against the current political environment.

Exhibition video documentation created by Andy Boyce under the direction of Brooke Nicholas and the Class of 2020 graduate students.
Hessel Museum of Art
Bard College
Annandale-on-Hudson
NY 12504-5000
T 845-758-7598
F 845-758-2442
ccs@bard.edu
Museum & Galleries: The Museum and Galleries are currently closed for installation. We will open again Jun 26 at 12PM.

Library: We're currently closed. We will open again Jun 21 at 10AM.