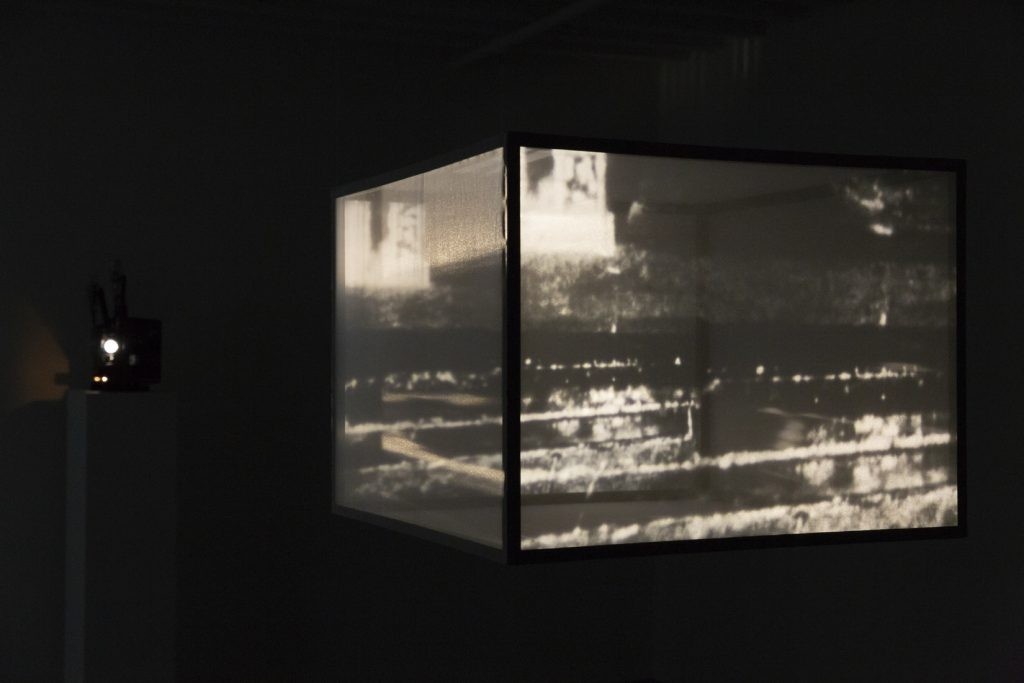 Long Live Modern Movement examines how artists approach the concept of ‘site’ as itinerant– or both specific and on the move. Changes in global infrastructures of travel and movement, as well as advancements in digital and virtual technologies, have changed the understanding of physical geographies as rooted sites. The works of Siah Armajani, Iman Issa, Justine Kurland, Barry Le Va, Yuri Pattison, Raha Raissnia, Gerard Richter, Martha Rosler, and Rachel Whiteread issue from this shift in spatial experience.

If the proliferation of movement has shifted how a site can be preserved, traced, or replicated, then transferability and translation become central to site-oriented practices. In spatializing unfixed, ephemeral, or imagined sites, the exhibition asks– what is the threshold of reducing the particularity of a site so that it can transmit outside of itself? And how can the museum provide a space for considering these site encounters as indelible punctuations in the movement between one place and another?

The exhibition opens with Raha Raissnia’s film projection reeling in a dark room. A 16mm film is slowly screened onto a semi-transparent, suspended scrim cube. This shifting and temporary architectural installation reconstructs an abandoned 14th century Iranian mosque. Because of the nature of the projection, the work conjures the site while leaving space for the memory of its eradication. It is being rebuilt, still by still, on a three dimensional form, creating a hybrid but transitory sculptural object in space. The time-based, celluloid film projection brings attention to the fact that what is being depicted was but is no longer material, holding together two contradicting states and temporalities that bridge fidelity and loss. Though the fine details of the structure are necessarily forfeited in the effort to transmit site through a transcoded form, recognizable architectural typologies help speak the specificity of a place back into it. In its focus on site, the artwork shifts its condition from the permanent and universal to the ephemeral and contingent, with special attention to marks of deterioration, vulnerability, and incompletion. The large, isolated, and dim room allows for a longer, more meditative viewing.

Though the shifting status of site that occupies the artists of Long Live Modern Movement is a global phenomenon, the site is singular in each case, transmitting a specific encounter through known forms and typologies. Together, the works of Armajani, Issa, Kurland, Le Va, Pattison, Raissnia, Richter, and Whiteread enter into a dialogue with the Hessel Museum– a site that prioritizes attention, stability, and pause.