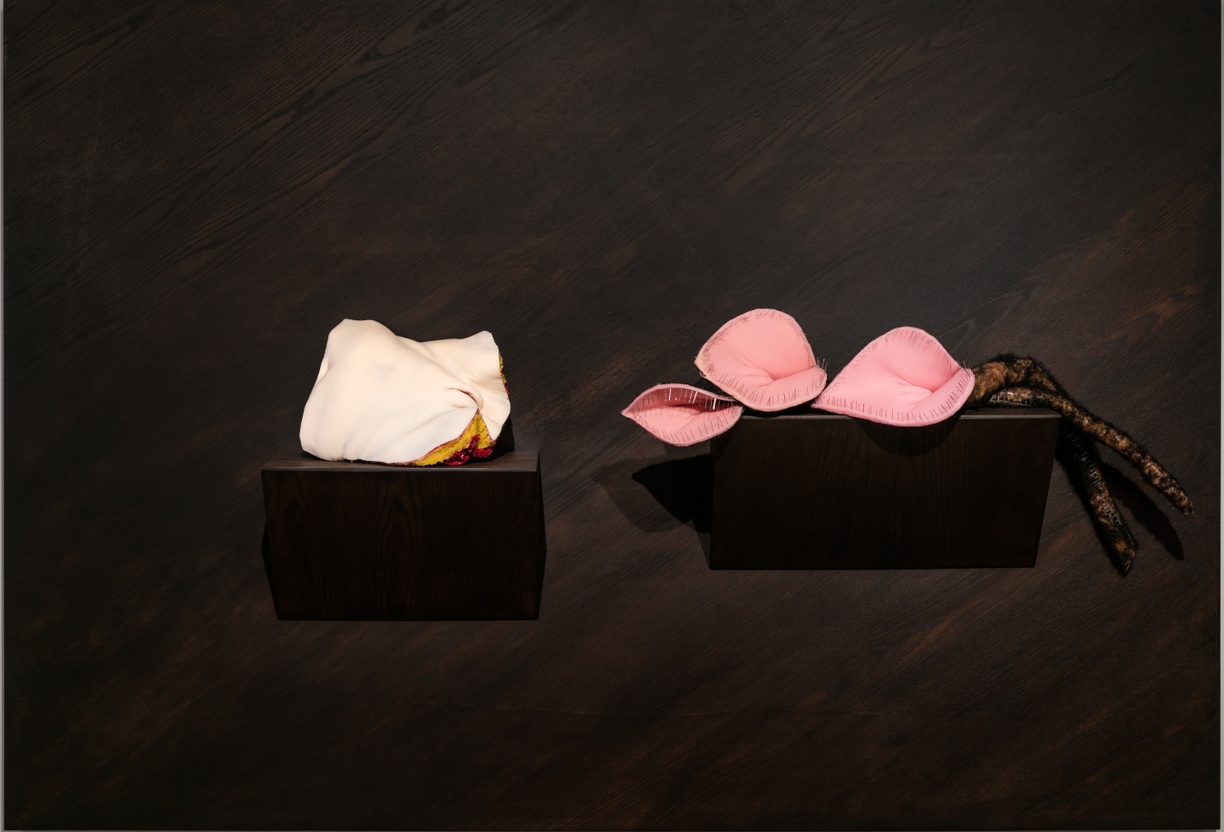 hackers, un·re·mastered presents recent works spanning sculpture, collage, and video by A.K. Burns, Cassils, Doreen Garner, Andrea Geyer, and Narcissister. These artists complicate representations of gendered bodies by disassembling the idea of a body as a unified and idealized whole, as portrayed within traditional trajectories of Western art history and through its institutions. The featured works reveal the constructed, changeable nature of the human form by emphasizing bodies both visually and materially using varied means—from imagery of fragmented body parts and abstracted corporeal traces, to visceral actions that centralize the nude figure. These works also invoke specific art historical references to begin to dismantle systems of knowledge, value, and power. They undertake this task by, among other tactics, appropriating familiar aesthetic motifs from classical sculpture and modernist painting, as well as by incorporating objects sourced from the commercialized spheres of contemporary culture, such as magazine clippings. Reflecting on the implications of its location in a Western institution of higher education, the exhibition hackers, un·re·mastered seeks to move beyond a mainstream or normative canon, and beyond fixed definitions of the body and binary conceptions of gender and sexuality, to instead promote an understanding of multiple, malleable narratives and selves.

Rather than accept the artists’ shared interest in reenvisioning bodies and art history as its common theme, the exhibition emphasizes the differences between the artists’ approaches and their articulations of identities. Notably, the featured works can be experienced and interpreted through the strong but distinct materiality that grounds each piece: soil for Burns, ice for Cassils, silicone for Garner, hair for Geyer, and glue for Narcissister. Yet at the same time as this materiality binds the works to the corporeal realm, the artists’ use of such highly tactile means ultimately enables them to transcend the physical—a paradoxical and visceral move. Reflective of a queer politic, the artists’ methods of material manipulation deconstruct the notion of a stable, fleshy body along with any singular definition or presupposed standards that could limit somatic potentials. The material at the center of each artist’s work can hold various associations, yet they are all elemental or basic substances characterized by their partial, flexible status. As such, they serve as building blocks—as fragments of a greater entity or project that are open to manipulation and interpretation—instead of constituting an ideal, finite whole. The artists of hackers, un·re·mastered craft seemingly paradoxical material transferences as a way to queer the nature of both physical bodies and personal identities. They unmake histories to remake realities—an operation of subversion for invention that evokes a queer feminist spirit.