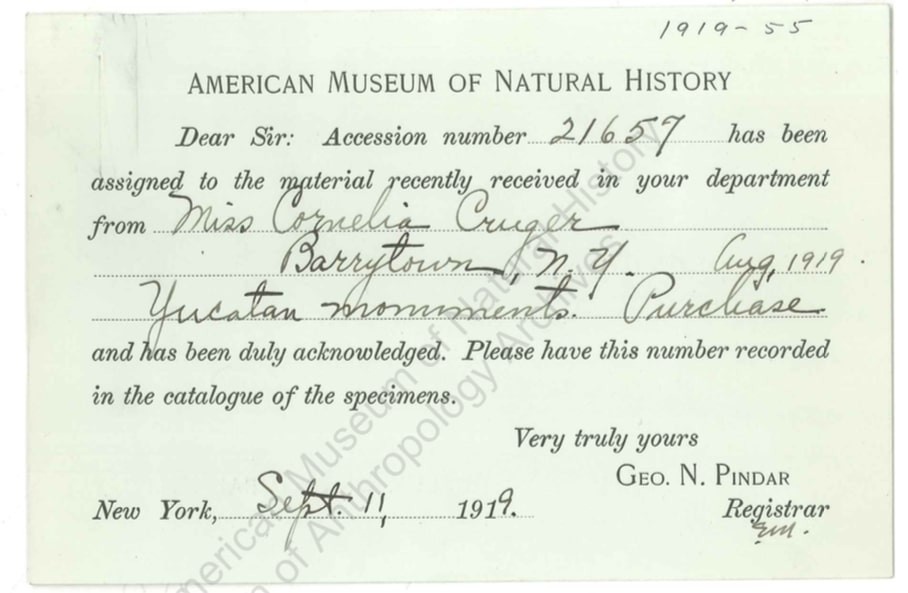 Uxmal-on-Hudson follows the travels of a collection of Mayan artifacts from Mexico to the United States in the nineteenth century, focusing on the period that these objects spent on Cruger Island, a peninsula adjacent to Bard College. The exhibition features a site-specific installation by artist Claudia Peña Salinas, commissioned to present an original reading of a history that has remained uncontested until today.

Removed from their original site in Uxmal, Yucatán, an array of Mayan architectural elements, including sculptures and stelae, arrived at Cruger Island in the 1840s. As documented in archival photographs, the artifacts were arranged within an archaeological folly—a construction of stylistically vague archways that emulated ancient ruins—and thus recontextualized within the landscape of the Hudson Valley. The Uxmal sculptures left the island in the 1920s to be put on permanent display at the American Museum of Natural History in New York City, where their former lives have been summarized in factual information labels. Today, Cruger Island hosts ruins of fake ruins—the vestiges of the romantic, dilapidated river scene originally constructed to display the Mayan objects.

Peña Salinas engages in an exercise of speculation centered on the Uxmal sculptures to render visible what exists on the margins of the accounts of the explorers, the guardian-collector, and the ethnographic museum. By occupying the gaps in historical records as productive spaces for contestation, Uxmal-on-Hudson sets forth an object-oriented approach to the production of historical knowledge.