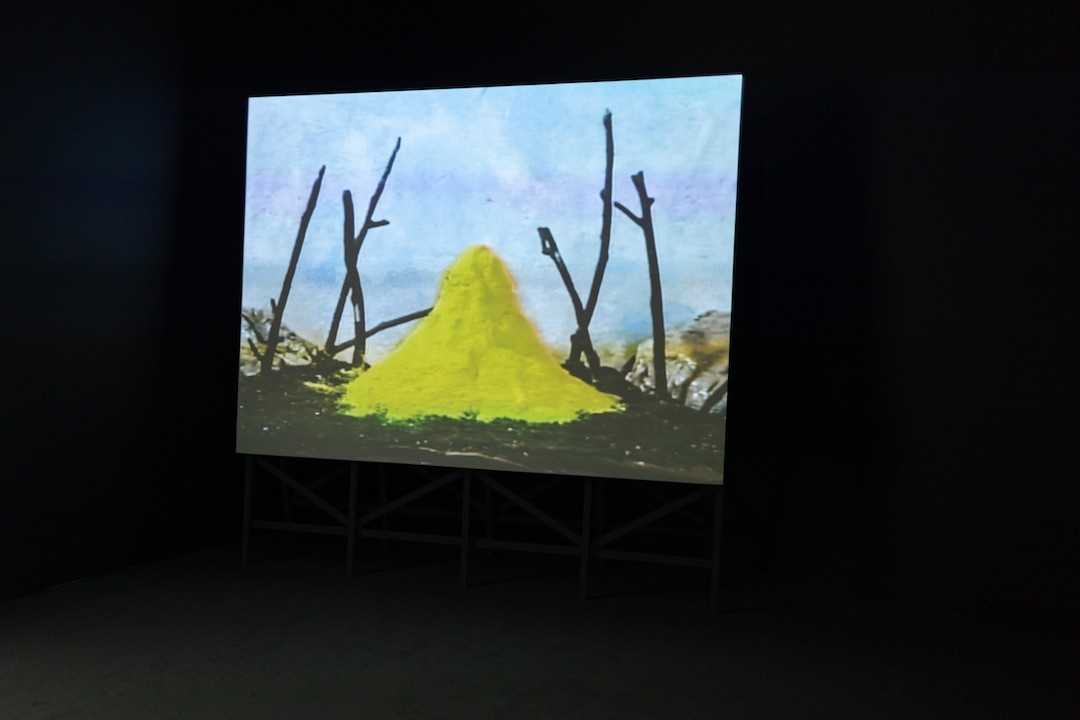 While the Underground Flickers is a group exhibition that examines the ties between mining and media set against a colonial legacy of radioactive uranium extraction in North America. At the heart of the exhibition lies a single waterway, the Serpent River, which flows through Genaabaajing—the ancestral territory and home of Serpent River First Nation—into Lake Huron. The discovery of nearby uraninite-pyrite ore deposits in the 1950s led to a mining boom in Canada, fueled by an emergent nuclear weapons program in the United States.

The exhibition brings together two films that focus on the river, both of which fuse documentary practice with personal cinema. British experimental filmmaker Sandra Lahire traveled to the region in the late 1980s to make work about the lives of miners. One of her films, Uranium Hex (1987), presents a caustic view of the gendered and racialized effects of atomic power. Bonnie Devine, an interdisciplinary artist and member of Serpent River First Nation, employs multilayered videographic techniques in her film Rooster Rock: The Story of Serpent River (2002), codirected with Rebecca Garrett. Devine’s visionary narrative uses a number of special effects to articulate the enduring spiritual ties between the Anishinaabek and the land, despite the ravages of violent forms of extraction. In a large-scale assemblage, Wally Dion, a member of Yellow Quill First Nation, builds upon his previous work with circuit boards to produce a new iteration that addresses the links between technology and waterways. The artist manipulates rare earth minerals found in e-waste into a composition that resembles a sturgeon fossil—a prehistoric fish that still lives in the now highly contaminated watershed surrounding the Great Lakes.

As the industry cycled through booms and busts over the ensuing decades, an extremely fertile period of media-making took shape in mainstream and alternative forms of print journalism, publishing, television, and filmmaking. Presented alongside a display of selected publications and ephemera that emerged in the volatile years since the industry began, While the Underground Flickers considers the role that art continues to play in mediating this deeply contested territory.