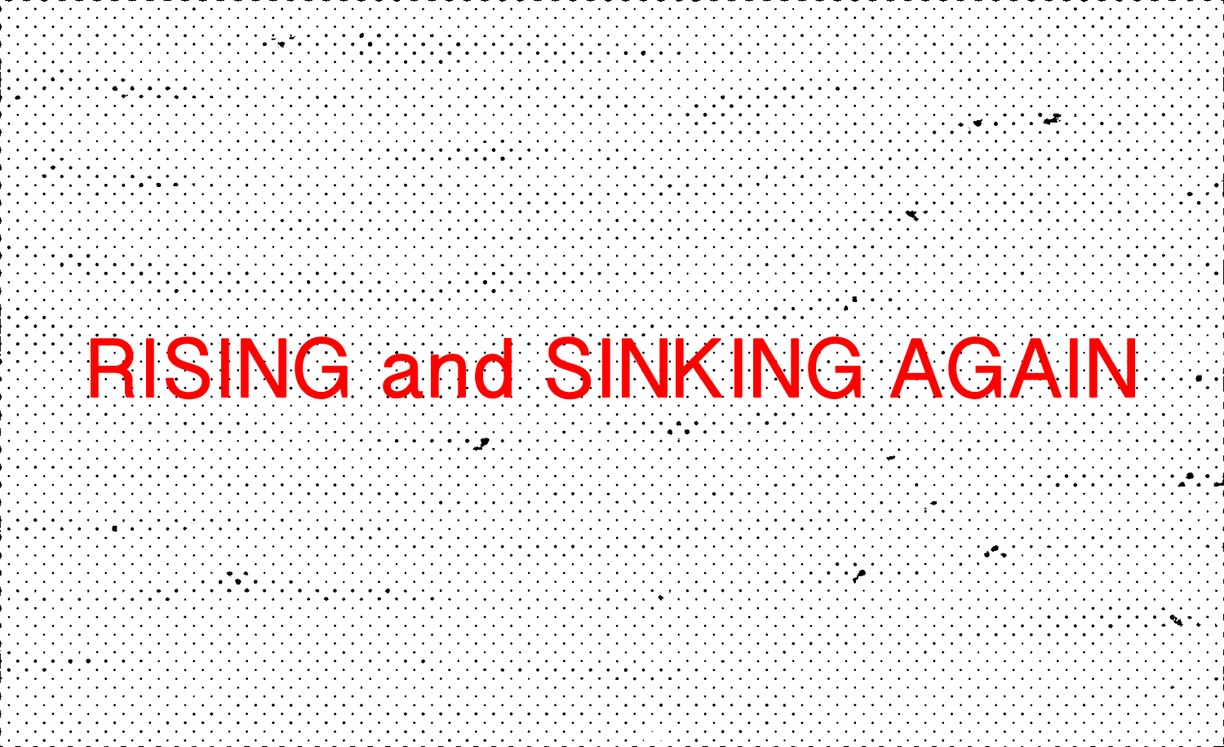 Rising and Sinking Again presents sixteen graduate exhibitions realized by the Class of 2023 master’s candidates at the Center for Curatorial Studies, Bard College (CCS Bard). Distinct in theme and focus, these projects are the culmination of a year and a half of research in collaboration with artists, writers, scholars, and more.

In their first week at CCS Bard, the students were asked to read critic and curator Cuauhtémoc Medina’s reflections on the meaning of “contemporary”—a word that both defines and haunts a program such as this. He argues that properly addressing the present “involves the memory of failure and a necessary infatuation with the powers of history.”

Spread throughout the Hessel Museum of Art, these sixteen exhibitions take up Medina’s statement as their collective method—considering the transmission of heritage, history, and culture; forms of spatial and perceptual mapping; and lesser-known artistic tendencies, among other topics. As various pasts roll in to meet us or recede into the distance, the MA candidates approach the contemporary as a continuous reckoning with the aftereffects and unexpected futures of such pasts. Thinking of history as a permanent process of transition, the projects of Rising and Sinking Again map idiosyncratic routes through the recurrent and liquid nature of our contemporary moment. 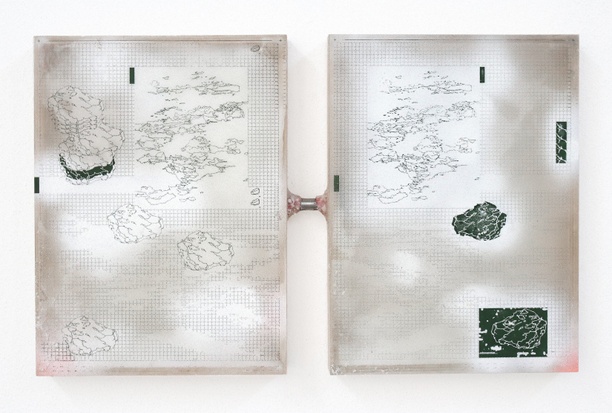 Boundary Monuments Dissolve presents works that employ an aesthetics of navigation to explore the atmospheric dimension of contemporary spatial politics. Drawing on various forms of digital imaging, the featured works engage novel formations of geographic and political terrain—zones in which sight itself may become a territory for intervention, and where image becomes atmosphere.
Extended Structures
Curated by Zehra Begüm Kışla 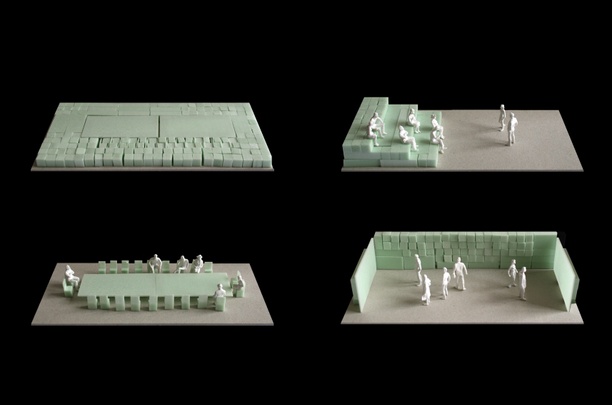 Extended Structures surveys the work of Silent University (SU), initiated by artist Ahmet Öğüt, and unitednationsplaza, founded by artist Anton Vidokle, through a presentation of documentary and archival materials. By pairing these two distinct education projects, the exhibition intends to frame the method of “instituent practices,” or practices that seek to confront institutions not through sharp opposition but rather through the logic of extension and negotiation.
Bettina: The Fifth Point of the Compass
Curated by Marina Caron 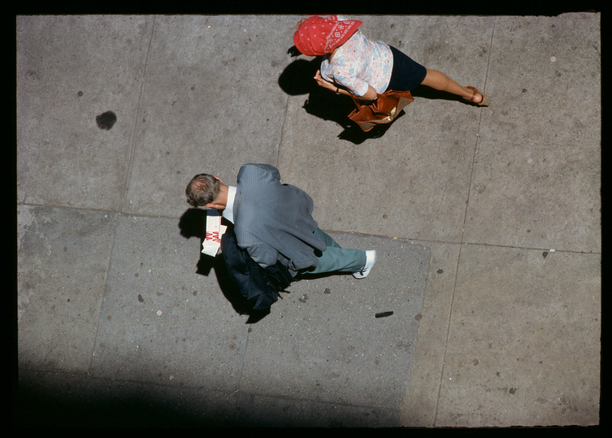 From 1977 to 1984, artist Bettina Grossman—who went by her first name only—documented the flow of pedestrians on New York’s 23rd Street. She shot over 8,000 35mm color slides from her apartment balcony at the Chelsea Hotel, categorizing the images as “deliveries,” “joggers,” “umbrellas,” and more. The particular series The Fifth Point of the Compass, New York A to Z, studies in random constant, demographics of 23rd street comprises nearly 1,100 slides. Presented for the first time in its entirety, the series forms the exhibition’s centerpiece and is shown alongside related works and archival material.
Silat
Curated by María Carri 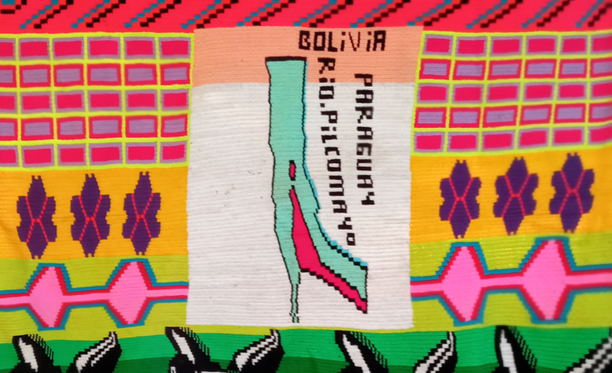 Silat presents the first publication and a selection of new textiles produced by Thañi—an organization of Indigenous women weavers of the Wichí people from the communities of Santa Victoria Este, in the province of Salta, in Argentina. Standing as a form of collective memory, Thañí’s work emphasizes the inextricable connection between Wichís and their surrounding world and highlights how this worldview frames their sovereignty and their historical claims for their territory. Thañí’s weavers speak various dialects of the Wichí language, and their texts appear in their original version and translated into Spanish and English.
An Anathema Strikes the Flesh of the Laborer
Curated by Leo Cocar 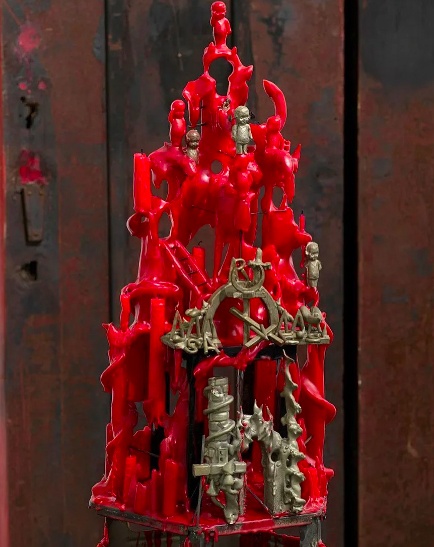 This solo exhibition of Harry Gould Harvey IV (b. 1991) takes up the industrial history of Harvey’s hometown of Fall River, Massachusetts, as well as his personal spiritual leanings through a presentation of multimedia sculptures and an accompanying publication. An Anathema Strikes the Flesh of the Laborer also presents a social and historical account of Fall River, routed through archival material and ephemera, using the city to think through a larger neglected history of Christian theology and leftist politics in dialogue with Harvey’s work.
Shapeshifting: Or, Synonyms for Skin
Curated by Mary Kathryn Fellios 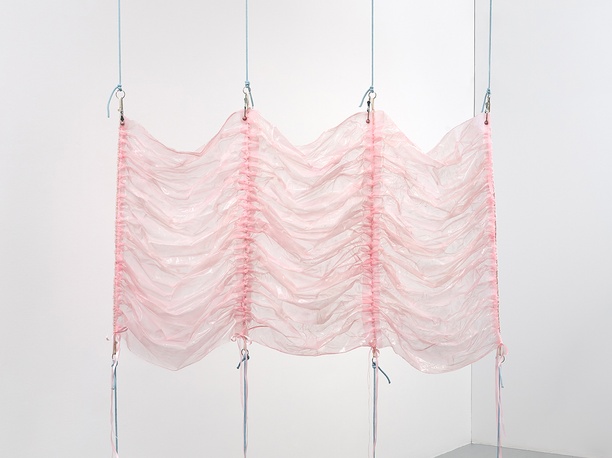 Shapeshifting: Or, Synonyms for Skin is a group exhibition that engages the deep politics of superficial play through motifs of self-adornment, looking specifically at the socialization of meaning that occurs at the physical meeting of clothing and its carrier. Processes and products of ornamentation take on, in the featured artists’ bodies of work, skins of their own.
Right to Mother
Curated by Jiwon Geum 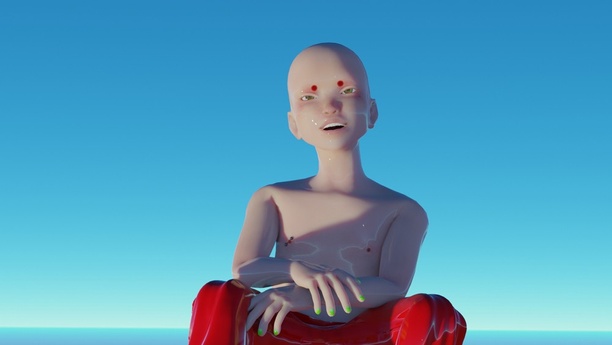 Right to Mother features digitally inflected imaginations by three artists and one collective that expand and challenge traditional ideas around reproduction and birth.
Ya nada es como antes
Curated by Abel González Fernández 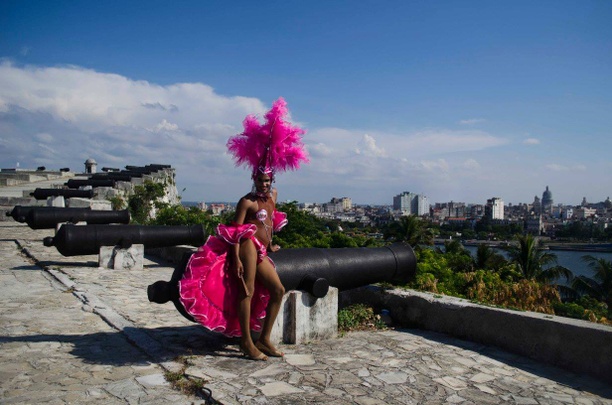 The works in Ya nada es como antes (Nothing is as it used to be) explore the Latinx experience through excessive, hypercommodified symbols like cars, the sexualized body, and adornment such as jewelry. Revolving around the figure of reggaeton star Bad Bunny, the exhibition illuminates the interchange between artistic practice and pop culture in a postcolonial context.
Meet Me in the Middle of Nowhere
Curated by Kyle Herrington 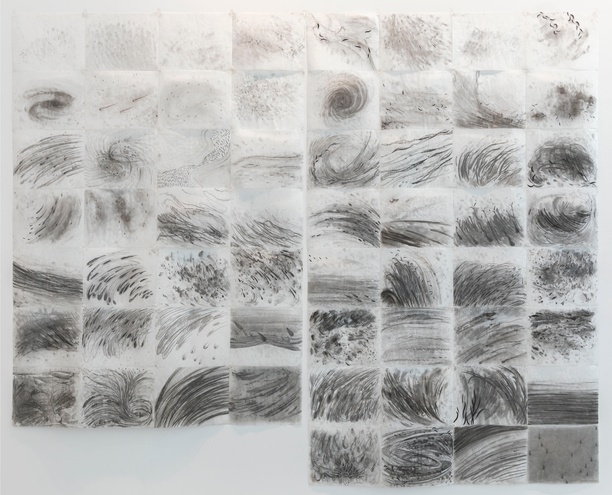 Meet Me in the Middle of Nowhere foregrounds the concept of “nowheres” as spaces of queer refuge and world-building. In presenting artworks that interpret, engage, and construct these sites, this exhibition situates “nowhere” as a conduit for poignant explorations of queer possibility and futurity.
Open Secret
Curated by Rachel Horvath-Eboh 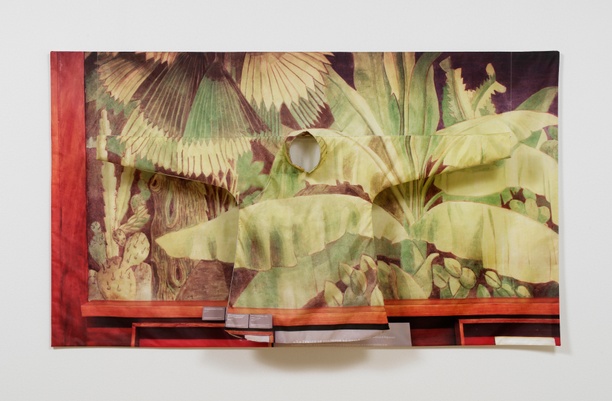 An effective secret is not necessarily fully hidden. Open Secret exhibits the research-driven work of artist Hương Ngô and architect Nina Valerie Kolowratnik and explores their investigations into secrecy as a tool to advocate for more equitable distributions of power.
Memory Work
Curated by Claire Kim 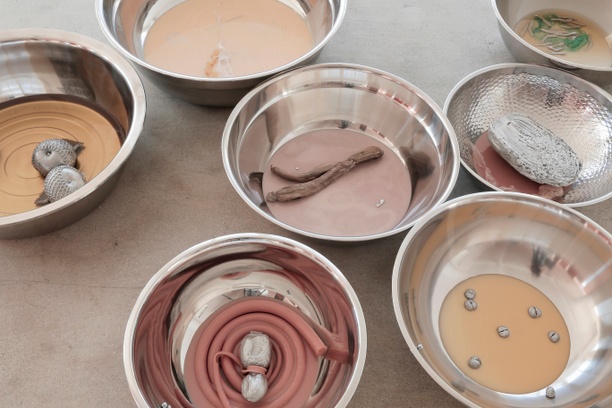 Memory Work features works by Laurie Kang, Jeneen Frei Njootli, and Esteban Ramón Pérez, shown alongside poetry by Natalie Diaz, Jasmine Gibson, and Jennif(f)er Tamayo. The exhibition explores the ways that these artists call on familial materials to forge connections with ancestral memory, land, and work, focusing on labor practices that are passed down between generations.
Gorgeous, Thrilling, Spectacle
Curated by Sidney Pettice 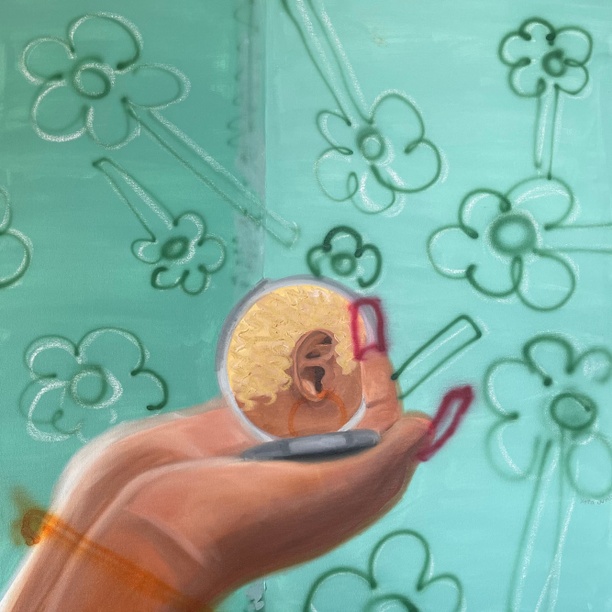 Gorgeous, Thrilling, Spectacle analyzes the ways in which Black self-expression is deeply connected to aspects of care, glamor, camp, congregation, and resistance to surveillance. The exhibition addresses these dynamic relationships through the act of adornment and ornamentation, highlighting the ways that the practice of decorating one’s space and body is done with profound intention, borne out of an awareness of the spectral gaze that the Black body is subject to within public space.
Fuga
Curated by Ursula Pokorny 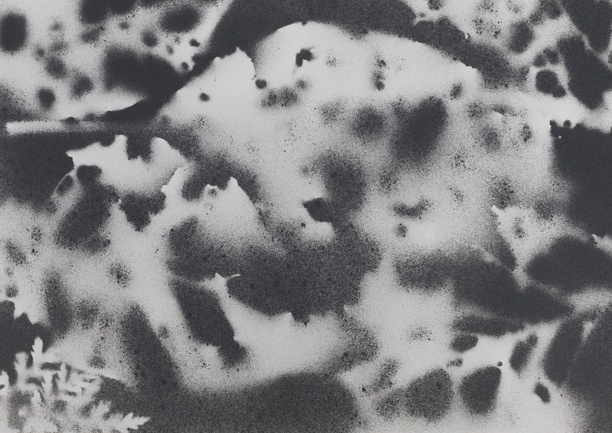 Some artists’ homes and studios from the 20th century have been turned into spaces that the public can visit. They hold a tension between preserving the historical space and presenting the daily life lived there, in all its peculiarity. Fuga explores how the experience of such spaces can be translated into an exhibition and brings together diverse contributions from Latin American artists, designers, and educators such as Carmen Barradas, Gabriel Sierra, design studio Manuel Raeder, Proyecto Deatres, and Joaquín Torres-García.
No Jokes Allowed
Curated by Olivia Rodrigues 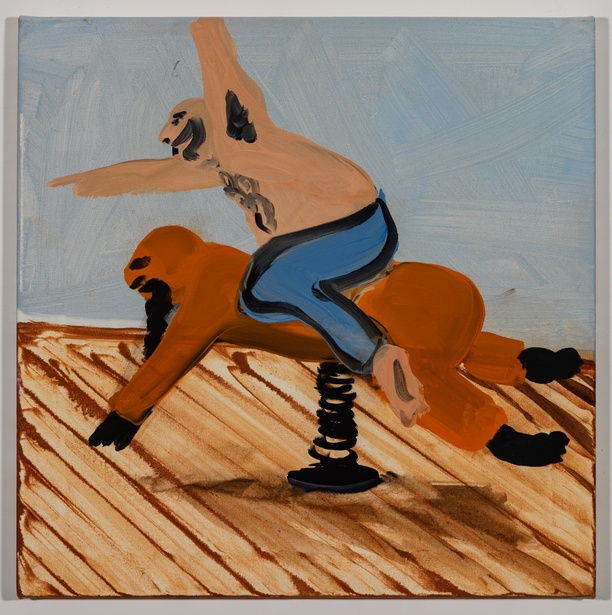 No Jokes Allowed examines humorlessness and uncanny comedy as a tactic in art across sculpture, painting, and performance. Featuring works from the Marieluise Hessel Collection by Rachel Harrison, Tala Madani, Lisi Raskin, Elaine Sturtevant, and Ry Rocklen alongside performance by Ikechukwu Ufomadu, Alex Forrest, and Alex Tartarsky, the project calls attention to unsteady power relationships between institution, performer, and audience.
The Hoarder of Things
Curated by Calvin Wang 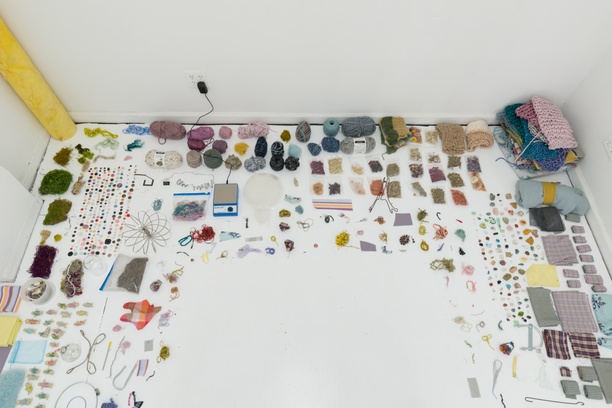 A can of corn purchased repeatedly, a stack of corresponding receipts, a map of smaller maps. A dirty Q-tip, a fishbone, the plastic wrapper from a pack of cigarettes. A button, a piece of string, a small robot.
Hessel Museum of Art
Bard College
Annandale-on-Hudson
NY 12504-5000
T 845-758-7598
F 845-758-2442
ccs@bard.edu
Museum & Galleries: The Museum is currently closed for installation. We will open again Apr 1 at 11AM.